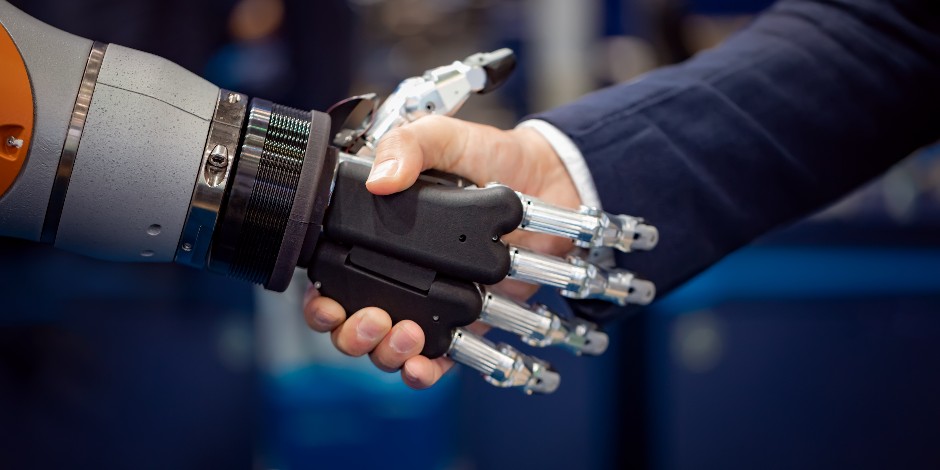 A five-year European Union (EU) project to develop a collaborative humanoid that helps workers in industrial environments has concluded, with the participants touting breakthroughs in "AI learning, natural language processing, and robotic manipulation."

The SecondHands project, born from the EU's €80 billion ($87 billion) Horizon 2020 research program, set out back in 2015 to develop what it called a "second pair of hands" for workers in factories, warehouses, and other industrial locations. The aim was to create a robotic assistant that is "proactive" in helping technicians lift or carry objects, acting as an apprentice-like helper that carries out the less-skilled facets of a job. The project was developed under the auspices of a consortium of researchers and computer scientists from a number of organizations, including Ecole Polytechnique Fédérale de Lausanne (EPFL); Karlsruhe Institute of Technology (KIT); Sapienza, University of Rome; University College London (UCL); and Ocado Technology, the technology division of the U.K.'s online-only grocery giant Ocado.

The culmination of the program was a robot called ARMAR-6, which was developed at KIT in Germany to advance research into human-robot interaction in a structured, supervised environment.

Over the past couple of years, ARMAR-6 has been tested at Ocado's automated customer fulfillment centers in the U.K. to perform maintenance on its conveyor belt system -- essentially trialing the use of robots to help fix other robots. The idea is that a maintenance technician could be at the top of a ladder with a tool in their hand, and as they stretch their arm out to place the tool down, the robot would observe their action and take it from them.

VB Transform 2020 Online - July 15-17: Join leading AI executives at the AI event of the year. Register today and save 30% off digital access passes.

Moreover, ARMAR-6 was designed to learn and adapt to real-world situations, such as grasping an object when someone wants to move it from one location to another.

ARMAR-6 sports a range of sensors and cameras, along with a telescopic torso and rotatable arms, hands, and fingers that can grasp. Crucially, it can interact with its environment using just visual data, detecting where humans are and estimating their posture purely from real-time images.

A major part of the project was also showcasing how ARMAR-6 could avoid collisions in a fast-moving industrial environment, where static and dynamic obstacles -- including humans -- are common.

Among other notable developments from the project is the creation of a speech interface based entirely on neural models, including all-neural speech synthesis and all-neural speech recognition. Such breakthroughs, according to KIT's Dr. Sebastian Stüker, will lead to "better acceptance of 'cobots' by humans" and facilitate a more natural interaction between humans and robots.

SecondHands' broader goal was to help transition humanoid assistants from research labs to industry settings, with Ocado the first stepping stone on that journey. With the project now officially concluded, plans are in place to apply findings to other sectors and use cases, including autonomous vehicles and the oil and gas industry.

Ocado won't be deploying ARMAR-6 at is fulfillment centers, which suggests it's not quite ready for a commercial environment. But various undisclosed ARMAR-6 projects are underway in other industries, so it could help accelerate the use of humanoid assistants in the real world.

"The results of this project have shown categorically how robots can amplify the benefits of human expertise," said Graham Deacon, robotics research fellow at Ocado Technology. "We'll continue to build on these learnings, looking forward to a future when we can use these breakthroughs to apply them in a real-world setting."

This project also highlights the need for academia and industry to work in tandem. There's no point developing AI-infused robots in a laboratory setting if they fail at the first hurdle in the real world.

The timing of SecondHands' conclusion is also notable, as countries are embracing more automation due to social-distancing measures enforced by the COVID-19 crisis. In the future, the technologies that underpin ARMAR-6 could be redeployed in other environments, such as "helping to reduce contamination, or in assisted living," according to Deacon.

This article was written by Paul Sawers from VentureBeat and was legally licensed through the NewsCred publisher network. Please direct all licensing questions to legal@newscred.com.

Protecting the Safety and Security of the Roads

Many sections of the expressways, the nation's main artery and critical infrastructure, are more than 50 years old, and their road surfaces and structures are deteriorating. Its maintenance is importa...

Researchers from MIT, Stanford University, and the University of Pennsylvania have devised a method for predicting failure rates of safety-critical machine learning systems and efficiently determining...