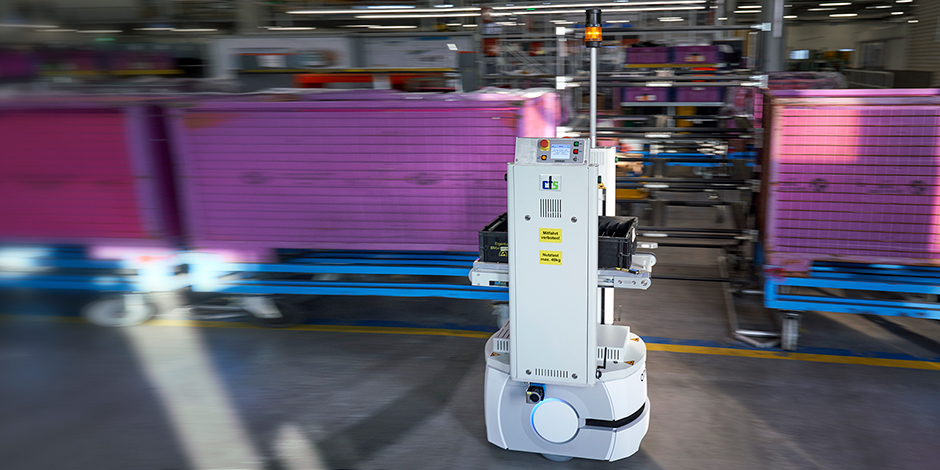 Towards Shaping the Factory of the Future

Germany, a major European manufacturing power has developed into one of the world's prominent economic powers through fierce development of their industrial and manufacturing sectors. Germany has become a global leader in many sectors such as machinery, chemicals, pharmaceuticals, heavy industry and IT. With respect to the many advancements made in each industry, it is the innovation of the German automotive industry that is of interest in this article. With a population of 80 million people, like many developed countries, Germany faces many social issues, such as an aging workforce, rising labor costs and a chronic shortage of skilled technicians - in other words. The urgency for building up a flexible production line while maintaining and enhancing productivity and quality is becoming more apparent in modern industry. This is precisely the dilemma that OMRON proposes to solve.

OMRON, in providing innovative-Automation solutions for a leading German automotive group, has integrated automated transport and logistics at production sites, helping the customer optimize efficiency and innovation leadership in material handling. innovative-Automation is a concept which reflects the direction of values at OMRON. The premise of this concept is based on the 3 "i's" of automation - integrated, intelligent, and interactive. This article details the story of Mr. Aleksandar Cvetanovic, whom is the central figure of this project at OMRON Europe.

OMRON, exhibiting at many tradeshows throughout Germany, wanted to convey two main messages to visitors at their booths with the introduction of table tennis tutor robot FORPHEUS - the sum of OMRON's cutting-edge technology. Firstly, OMRON's corporate philosophy is "To the machine, the work of the machine, to man, the thrill of further creation." Equipped with OMRON's latest factory automation technology, FORPHEUS demonstrates OMRON's core technology of Sensing & Control + Think which allows for further enhancements to robotics automation. Secondly, OMRON is dedicated to the concept of innovative-Automation. OMRON's vision is to realize a production floor where man and machine work in harmony through adherence to the 3 "i's" of factory automation. OMRON's presence, and corporate philosophy had been well received at these tradeshows by industry peers like cts GmbH, resonating with customers, including German automotive groups.

Who is cts GmbH, you might ask? cts GmbH is an international system integrator headquartered in Germany, working closely with OMRON. cts GmbH's strength lies in providing the engineering expertise to complete an automation system tailored to individual customer's needs. With OMRON being the solution provider, and cts GmbH providing the customization including a conveyor attachment and interface with the factory management system of MES, these two companies have formed a collaboration that has gained a solid reputation within the industry.

Gaining expertise through working with cts GmbH in automotive manufacturing

Germany is commonly known for many established automotive companies and suppliers. Aleksandar states that working with German automotive suppliers has also been a factor in the success of their project. He continues,

"We believe that our success with a large supplier of automotive parts has given us the confidence to be successful in our future endeavors going forth. After continuous research and development, OMRON continues to drive innovation with the introduction of technologies that are used to manage mobile robots on a massive scale (up to 100 robots). "

OMRON believes that the optimized use of mobile robots can independently handle the logistics of a fully automated manufacturing plant. At such manufacturing plants in Germany, it was noted that logistics automation was especially important when it came to transitioning between adjacent belts on a process line. As a part of the improvement process, an experiment was conducted to place monitors on factory workers to see how much they walk throughout a given workday. It was found that the average factory worker walked around 8-10 km per day. To increase efficiency, it was decided to implement mobile robots to transition to a more effective, seamless workflow. With the utilization of their new OMRON mobile robots and related solutions in their main production areas, they were able to achieve significantly greater automation over the entirety of the factory's process.

Aleksandar also adds that it's not just an automation of factory processes that was achieved, but this automation allowed for the factory workers to allocate their efforts to more creative or productive functions. More time and effort can be spent to discuss process efficiency, new ideas, and optimized design. Workers had more time to complete more productive human tasks. As a result, harmony between robots and humans was realized, and this is the core principle of OMRON's business.

Aleksandar says, "You may ask, 'So what's so good about an OMRON robot?' In one word: flexibility. Previously, manufacturers had to change the location of belts, lines, and entire factory design layouts to accommodate to their robots. However, OMRON's mobile robots circumvent these issues by working in harmony with their environment which is a huge advantage when it comes to the automotive manufacturing industry, ultimately saving immensely on time and budget."

OMRON's robots possess the highest safety and utility specifications in the industry. This is achieved through the implementation of their proprietary Enterprise Management System. Enterprise Manager makes mobile robot fleet setup and maintenance very quick. Combined with an intuitive, visual interface, it is easy to define jobs, map routes, monitor each robot's status and adapt to facility changes. Enterprise Manager automatically handles all coordination and decision-making to ensure your fleet is operating at maximum efficiency with minimal human intervention.

Aleksandar continues, "Enterprise Manager achieves 3 primary goals which are to optimize efficiency, maximize uptime, and increase flexibility on the production floor. At the time of introduction, there are many regulations and security protocols when it comes to IT infrastructure and OMRON is prepared with specialists ready to provide support at any time."

We are in the midst of a hyper-evolving automotive industry where ideas can go from innovation to industry standard in relatively short periods of time. To be ready to adapt and accommodate to these technological and manufacturing changes, implementation of a flexible production system is key. Demand for such systems will increase as large scale adaptation to market changes will prove difficult otherwise. All in all, OMRON is well positioned, accelerating harmony between humans, and robots on the production floor of the future going forth.