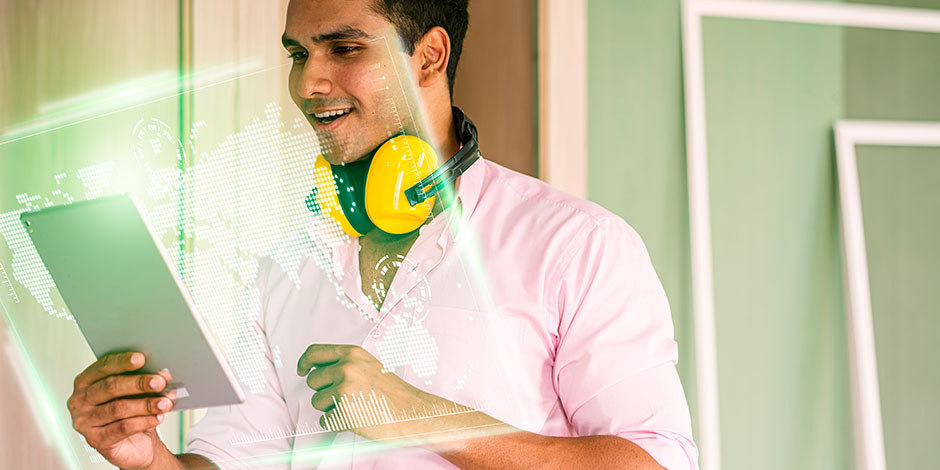 (Bloomberg Opinion) -- The rise of populist politicians across the rich world has led to a profound rethinking of the way developed economies work. In particular, the impact of automation on the labor market, and the disappearance of routine manufacturing jobs, has been blamed for the electoral successes of leaders such as U.S. President Donald Trump and Italy's Matteo Salvini.

Yet there are profound differences in what determines the economic winners and losers on the two sides of the Atlantic. In the U.S., the main factor deciding whether a worker can prosper in the age of robots appears to be education. Conversely, in the European Union, it seems to be whether staff have strong protection in their employment contracts -- as many older industrial workers do here.

It would be foolish for any government to dissuade companies from investing in machines that are more productive. Innovation is a powerful driver of economic growth. However, they do need to make sure the impact of automation is spread evenly.

The American model of favoring the educated may be brutal, but at least it has a semblance of being meritocratic (if you ignore the skewing of colleges toward the rich). By contrast, the European tendency to protect staff with the best work contracts is unfair on the younger workers without those safeguards. That's hardly the best way to deal with the problem of inter-generational injustice that drives some younger voters toward populist politicians on the left and right.

A study by Konstantinos Pouliakas for the European Centre for the Development of Vocational Training shows the extent to which automation is a challenge for Europe. Using a survey of nearly 50,000 individuals, he found that 14% of adult workers may face a very high risk of automation. The occupations most in danger are routine jobs with little demand for transferable skills or social interaction.

As in the U.S., the middle-income part of the European labor market is being hollowed out. Maarten Goos, Alan Manning and Anna Salomons, three economists, looked at 16 European countries between 1993 and 2006. They found an increase in the employment share for high-paid professionals and managers as well as low-paid services workers, and a decrease in the share of manufacturing and routine office workers. This change is explained by the so-called "routinization hypothesis," which states simply that since computers can easily replace routine tasks, workers doing these jobs are most vulnerable.

Strangely, unlike in the U.S. there's little sign that automation is further polarizing wages in Europe. The economists Paolo Naticchioni, Giuseppe Ragusa and Riccardo Massari looked at salaries on the continent for the period 1995-2007 and found technology has only a weak effect on their distribution. Their other interesting finding is that education plays no role in determining wage inequality in the EU, which isn't the case for Americans.

However, there are clear losers from automation in Europe, as highlighted in a study of Germany by Wolfgang Dauth, an economist at the University of Wuerzburg, and his colleagues. Dauth finds that most of the burden falls on young workers just entering the manufacturing sectors. Europe's labor market rigidity -- expressed in employment protection for longer-serving staff -- means companies have to give more stable and better-paid jobs to older incumbents, and thereby penalize new entrants. Younger workers have to switch plants or abandon manufacturing altogether, and face significant earning losses.

Should governments respond by dissuading innovation? Not at all. The example of Italy shows that not having enough automation has a pernicious effect on the labor market. Gaetano Basso, a researcher at the Bank of Italy, found that since the mid-2000s, Italians haven't suffered wage polarization, but rather an outright degradation of the jobs market. Only the share of low-wage manual occupations has increased markedly, while high-wage jobs have dropped along with middle-income employment. The lack of automation is one cause. Italy's economy has been marred by stagnant productivity for three decades, so it's unsurprising that wages and job quality haven't improved.

Rather than fighting innovation, governments must get better at handling its unwanted consequences. The most obvious area of improvement, on both sides of the Atlantic, is education -- for younger and older workers. Promoting the right skills can help. However, Europe's politicians also have to decide whether to keep the labor market skewed in favor of incumbent workers. If they do, the displaced youngsters of today will be the forgotten men and women of tomorrow. And the angriest voters.

To contact the author of this story: Ferdinando Giugliano at fgiugliano@bloomberg.net

To contact the editor responsible for this story: James Boxell at jboxell@bloomberg.net

This column does not necessarily reflect the opinion of the editorial board or Bloomberg LP and its owners.

Ferdinando Giugliano writes columns on European economics for Bloomberg Opinion. He is also an economics columnist for La Repubblica and was a member of the editorial board of the Financial Times.

This article was written by Ferdinando Giugliano from Bloomberg and was legally licensed through the NewsCred publisher network. Please direct all licensing questions to legal@newscred.com.