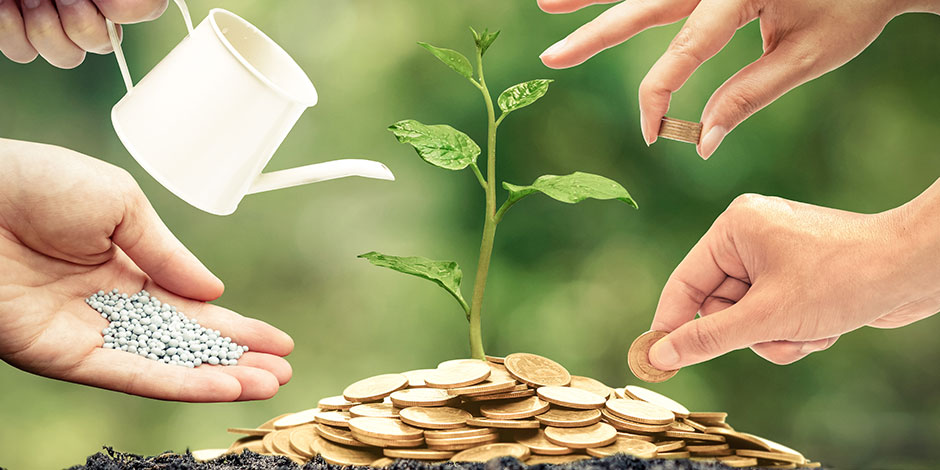 The Forgotten Child Of Environmental Justice

One question to ask on the topic of unsustainability is while we are trying to regulate textile factories in Bangladesh to better social and environmental standards, are we also lowering our need to own excess clothes and shoes?

As our gaze is on child labor and horrible working conditions in factories, are we questioning the Walmarts and Primarks of the world simultaneously?

Do we as a society find something wrong about the fact that a product that is sown, harvested, woven, stitched and transported across continents costs less than a sandwich?

The world is well acquainted with the idea of sustainable development. It was born from the realization that increases in human population together with current extraction, production, consumption and pollution patterns will result in humanity exceeding earth's carrying capacity. Developed countries linked unsustainability with population growth while developing countries accused the West of causing global warming in the first place. The idea of 'sustainable development' was born to resolve this deadlock between the North and the South by saying that we need to meet the needs of the present without compromising the ability of future generations to meet their own needs. In a nutshell, sustainable development means produce, but produce 'sustainably'. While the world started programs on reducing waste, energy efficiency and good manufacturing practices, we forgot to address the reason why we produce in the first place. In this sense, sustainable consumption means reducing the consumption of material goods that can be avoided, are resource-intensive, and damaging to the environment.

How it all started

When international environmental law was being developed in the 90s, Agenda 21 -- a non-binding sustainable development action plan of the United Nations -- linked wealth with consumption saying excessive demands and unsustainable lifestyles among the wealthier segments of societies place immense stress on the environment. However, the development of international law led to the dilution of looking at consumption and focused on sustainable production only:

"Also recognizing that sustainable lifestyles and sustainable patterns of consumption and production, with developed country Parties taking the lead, play an important role in addressing climate change, as provided for in the Convention."

Of course, addressing consumption is a difficult task since it involves questioning fundamental assumptions about the way modern societies function. Intervening in consumer behavior contradicts the much-vaunted idea of 'consumer sovereignty', as promoting the reduction of consumption would threaten a variety of vested interests and undermine the key structural role that consumption plays in economic growth. Daunting as the task may be, it must be addressed in light of the fact that developing countries are fast following the Western path of over-consumption of material goods. A new global middle class of urban consumers is adopting, at an alarming pace, the diet, transportation systems and lifestyles that were once mostly limited to the Global North. Added to this is the inherent problem of governments being hesitant to curb consumption since economic growth is defined by it -- consumption increases the tax base, at the very least.

The need for international legal frameworks

One question to ask on the topic of unsustainability is while we are trying to regulate textile factories in Bangladesh to better social and environmental standards, are we also lowering our need to own excess clothes and shoes? As our gaze is on child labour and horrible working conditions in factories, are we questioning the Walmarts and Primarks of the world simultaneously? Do we as a society find something wrong about the fact that a product that is sown, harvested, woven, stitched and transported across continents costs less than a sandwich?

It is therefore imperative that first and foremost, consumption and production be decoupled (instead of the current trend of combining the two) to start discussing how international and national laws can support sustainable consumption programmes that correctly reflect and address the environmental and social costs of products. A society's cumulative burden on the environmental ecosystem is a function not only of its population size and modes of production, but also its consumption levels and technology base. As far as the law is concerned, one needs to understand what the legal treatment of consumption should be by asking, for example, what a supermarket would look like in a more sustainably consuming society?

Where do we go from here?

I propose that we, for starters, decouple consumption and production and then define and regulate unsustainable consumption using appropriate legislation (depending on a country's social and economic realities) and price-signals. Law can regulate consumption by making a consumer aware of a product's ecological footprint, including that of its manufacturing and disposal costs, so that, eventually, unsustainable products are eased out of the system. This could be done through a regulation mandating labels containing such information. Even though price control or information will not directly control consumption, an informed consumer might exercise his or her judgment to make ecologically sound decisions. International coordination could be helpful in ensuring that information is transmitted from jurisdiction to jurisdiction, using equivalent methodologies, in order to create consistent information on the global footprint of a product.

Corporate sustainability reporting with information about product lifecycles could be further encouraged or even become a legal requirement. Such reporting could oblige companies to inform consumers of their social and environmental values and practices beyond the sustainability characteristics of individual products. While the following is not prevalent yet, Corporate Sustainability Reports could be required to elaborate on the life cycle impact of a particular range of products by a company.

The idea that sustainability can be achieved only by addressing production is incorrect because it gives one the sense of wanting to have their cake and eat it too. Currently, products are regulated specifically and piecemeal, with the overall effect of shifting the environmental problem to another part of the life cycle. This can be seen in the world today when the overall responsibility (in terms of programmes and measures) of the sustainability narrative falls on the developing world, while the consumption patterns of developed countries continue unabated and without deliberation.

About the author: Ipshita Chaturvedi likes to question assumptions in legal theories that are hindrances towards a sustainable, egalitarian future. This article is an extract from her paper on Sustainable Consumption: Scope and Applicability of Principles of International Law published in the Chinese Journal of Environmental Law.

This article was featured in The Beam #8 -- Together for Climate Justice, subscribe to The Beam for more.

This article was featured in The Beam #8 -- Together for Climate Justice, subscribe to The Beam for more.

The Beam The Beam Magazine is a quarterly print publication that takes a modern perspective on the energy transition. From Berlin we report about the people, companies and organizations that shape our sustainable energy future around the world. The team is headed by journalist Anne-Sophie Garrigou and designer Dimitris Gkikas. The Beam works with a network of experts and contributors to cover topics from technology to art, from policy to sustainability, from VCs to cleantech start ups. Our language is energy transition and that's spoken everywhere. The Beam is already being distributed in most countries in Europe, but also in Niger, Kenya, Rwanda, Tanzania, Japan, Chile and the United States. And this is just the beginning. So stay tuned for future development and follow us on Facebook, Twitter, Instagram and Medium.

This article was written by The Beam from CleanTechnica and was legally licensed through the NewsCred publisher network. Please direct all licensing questions to legal@newscred.com.