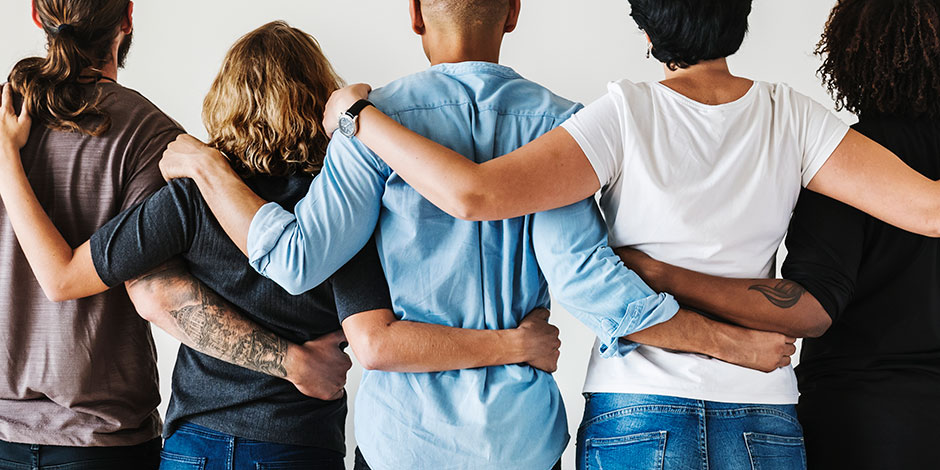 Not one single country set to achieve gender equality by 2030

No country in the world is on track to achieve gender equality by 2030, according to the first index to measure progress against a set of internationally agreed targets.

Melinda Gates, co-chair of the Bill and Melinda Gates Foundation, said the index, launched on Monday, "should serve as a wake-up call to the world".

Even the Nordic states, which score highly in the index, would need to take huge strides to fulfil gender commitments in the 17 sustainable development goals (SDGs), which 193 countries signed up to in 2015. The goals are considered the blueprint for global efforts to end poverty and inequality and halt the climate crisis. The deadline to meet them is 2030.

The inaugural SDG Gender Index, developed by the Equal Measures 2030 partnership, found that 2.8 billion women and girls currently live in countries that are not doing enough to improve women's lives.

A graphic showing the regions of the world - three of which contain no countries whatsoever that get a good score for gender equality.

The index measured progress in 129 countries, marking them from zero to 100 - 100 meaning equality has been achieved - on 51 targets in 14 of the goals. These targets either specifically reference gender equality, or touch on issues that have a disproportionate affect on women and girls, such as whether women have access to mobile banking, or the internet, or a safe water source.

According to the index, countries with an overall score of 90 or more are making excellent progress, while those scoring 59 or less are making very poor headway on achieving the goals.

The average overall score for the 129 countries in the index - home to 95% of the world's women and girls - was 65.7, considered a poor result in the scoring system.

Women's underrepresentation in parliament, the gender pay gap and gender-based violence were among the areas all countries were struggling to tackle.

Twenty-one countries scored lower than 50, with Chad at the foot of the table with a mark of 33.4.

Of particular concern for those involved in compiling the index was that more than half of countries scored poorly on efforts to achieve SDG 5, the much lobbied-for standalone goal to end gender inequality and empower women. The goal contains specific targets to eliminate all forms of violence against women and girls, end female genital mutilation and child marriage, ensure universal access to sexual and reproductive healthcare, and uphold women's reproductive rights.

"I don't see how naturally these problems will go away. Even among the best scoring countries there are still massive problems."

As well as concerns over slow progress, Holder said she feared achievements could be undone, given the current rollback of abortion laws in the US and challenges to commitments to women's rights at the United Nations. The US ranked 28th in the index with a score of 77.6 points.

"It's clear that even in countries at the top of the index that progress is never guaranteed," said Holder. "We need to guard against countries falling backwards."

Memory Kachambwa, executive director of the African Women's Development and Communication Network (Femnet), said what is happening in the US, and the power the Trump administration has to influence key language in international agreements, set a worrying precedent.

"It's worrying at an international level because it gives a foothold to other governments to continue to repress women," she said. "Parties who are very much against women's rights and gender equality are growing stronger and stronger and are able to have lot of influence in policy spaces a global level."

Although disappointed with the pace of change, she added that the index did at least offer a clearer picture on how countries were doing.

"When we talk to policymakers, they say they want the evidence [of gender inequalities]. We now have the evidence," she said.

Europe and North American countries topped the index, while the bottom was dominated by African states.

But the index noted that all countries had "different starting points" and, on some targets, states with low GDP were making better progress than wealthier nations in.

Denmark, for example, ranks behind Georgia, Kazakhstan and Lithuania on education, partly because the country has a lower percentage of young women who have completed secondary school.

It also has fewer women MPs than Senegal and Rwanda, despite the Nordic state having a GDP per capita 56 times higher than Senegal.

The bottom 20 countries scored higher than the top 20 for breaking down their budgets by factors such as gender, age, income or region.

Women are more likely to have their needs for family planning met in Brazil, China and Nicaragua, than in Canada, the Netherlands and Norway.

The index, launched at the Women Deliver conference in Vancouver, will be updated in 2021 and at regular internals until the 2030 SDG deadline. Data are drawn from UN agencies, the World Bank, NGOs, thinktanks and from the consultancy firm Gallup.

Equal Measures 2030 is a partnership of civil society and the private sector, including the Bill and Melinda Gates Foundation, the International Women's Health Coalition, KPMG, Femnet, Plan International and Women Deliver. It was set up in 2016 to provide women's rights advocates with the data they need to hold governments to account for their SDG commitments.

This article was written by Liz Ford from The Guardian and was legally licensed through the NewsCred publisher network. Please direct all licensing questions to legal@newscred.com.

(Bloomberg Opinion) -- The rise of populist politicians across the rich world has led to a profound rethinking of the way developed economies work. In particular, the impact of automation on the labor...