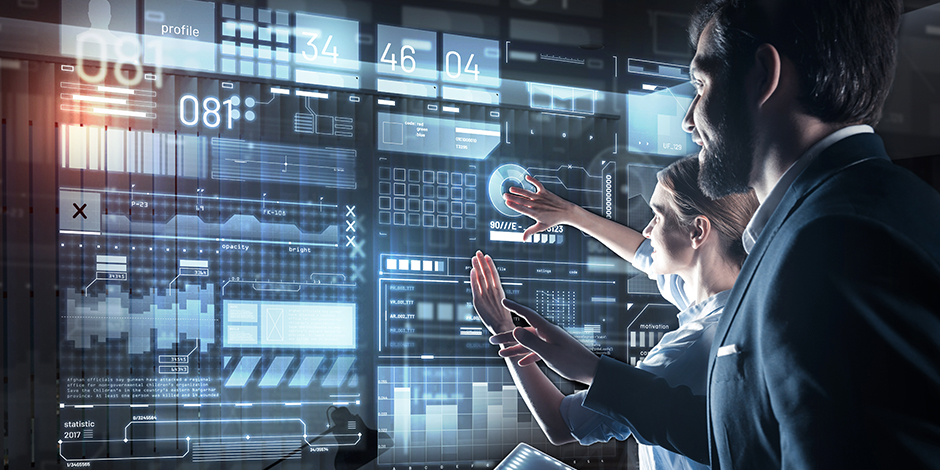 Breaking away from a manufacturing culture reliant on craftsmanship

"It was really tough to derive the right answer from something intangible."

Yoshinori Inoue, an engineer at OMRON's Automation Center, who oversaw the equipment program standardization project, looks back on the project.
The standardizing equipment program involves creating a systematized program that enables anyone to operate a production line regardless of their skill level or the type of machine operation required.
As standardization advances, workloads that have previously been concentrated on specific engineers are distributed, and production lines can be started and the setup can be changed without being affected by the technical skills.

Inoue and his team members launched this project from scratch in an attempt to resolve challenges faced by Company M, which has been operating globally.

"Our customer, Company M, had several overseas production bases, but there was an inconsistency in skill levels among local engineers engaged in production technology. Also, the company failed to assign enough engineers in Japan who supervise such local engineers. All they could do was to deal with each problem as it arose, which prevented them from eliminating the root cause of the problems," explains Takashi Koyama, sales representative for Company M.

In response to a request from Company M to improve productivity while eliminating the inconsistency in engineers' skill levels, Inoue and his team members aimed to create a program that could be used easily and correctly by any engineer, regardless of their skill levels, with the launch of a new production line at the customer's production site.

Company M, which operates globally, was facing issues of inconsistency in technical skill among factories

The team began creating a project concept in December 2015, and then spent a year sharing the project concept and vision among the members through confirming the specifications of Company M's production line and also visiting OMRON's Kumamoto Factory. In fall 2016, the team finally started developing a standardized program. The standardized program was completed in February 2017, and two months later it was able to control the equipment. But the team overemphasized equipment operation, resulting in compromising the ease of use for factory workers.

Subsequently, Inoue and his team members went back to the project's original design philosophy of "creating a program that can be used with the same degree of ease by any engineer, whether skilled or not," and made a full review of the project.

"When we held a seminar in their production bases in Asia on how to use the program, we found that the degree of users' understanding was inconsistent depending on their knowledge level and we repeatedly tried to find an answer to our questions: what can be done to enable even these people to use the program? Or, are we going in the right direction? After all, standardized equipment programs are improved through repeated trial and error, which was a very daunting task," said Kenichi Fujisaku, the same engineer as Inoue, looking back on the hardship they experienced working on the project.

The standardized program we created had to be able to operate 40 different kinds of equipment. So the team was aware that there was a risk that unexpected problems could occur. Above all, the team continued to experience difficulty in deriving the right answer from something intangible.
But, the team members were passionately motivated by the desire to solve the customer's problem.

"We were able to carry out the project due in large part to the trust we earned from our customer. They left things up to us, even in situations where customers would normally suggest us to quit the work. This trust that the customer displayed continued to motivate the team to live up to the customer's expectations," said Inoue with enthusiasm about his feeling at that time.

The trust the customer has in OMRON was built on the relationship developed between the two companies five years ago when OMRON delivered a labor-saving image processing system for their production line.
"The success of this program standardization project would not have been achieved without the successful deployment of the image processing system back then. Actually, it all started when we discussed with the customer an issue faced by Company M at that time and then offered to propose a solution," said Koyama, explaining the beginning of the project.

Without a relationship of trust with the customer, we would not have been able to overcome the daunting task of trial and error.
The persistent efforts of members of the technology team who never gave up finally paid off when they succeeded to improve the program to reach a standard in October 2017.

After completing the standardized program, the team's next challenge was to establish the use of the program at overseas production bases.
As a common challenge of manufacturing sites, a new culture is not easily established. Overseas bases, in particular, face large invisible barriers of the headquarters and establishing new things or cultures has been a difficult task.
With this project, we also felt resistance from on-site workers at first. But, as a result of persuading them by frequently holding briefings and seminars in cooperation with our overseas engineers, the customer's bases in China, Taiwan and Vietnam accepted standardization.
Company M's successful deployment of the program was made possible only by OMRON, which has engineers with the same skill levels and ability to achieve goals around the world.

Members in China, Taiwan, and Vietnam who led the global deployment to success

"I think it was because of the customer who respected us, good managers and good colleagues that we were able to carry out the project. I don't want to sound boastful, but I felt like we were all part of one team working for creating something new together, rather than a customer and supplier," says Inoue, expressing his feelings for the project.

The next step for the team is to promote this equipment program so that it will be used not only by Company M, but also by many other customers.

As Inoue says, "We are now standing at a new starting line," their effort to meet a new challenge has just begun.