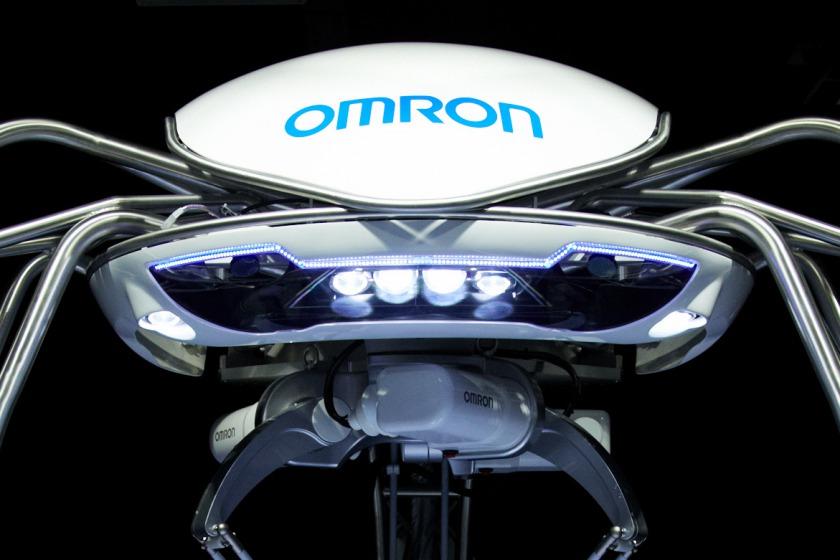 A future where machines will motivate people

FORPHEUS keeps evolving every year as a state-of-the-art machine that presages a future in which people and machines live and work in harmony. Why was this robot created? What kind of evolution will he show this year? To answer these questions, the leaders who developed each generation of FORPHEUS will share the whole picture of its development.
Part 2 introduces the challenges that the development team faced with FORPHEUS. The table tennis robot was intended to play a rally with a human player. What was required was an understanding of the intentions of people. As the machine's ability to understand people improved, it became more difficult to control the movements of the machine. The creation of a new human-machine relationship had just begun.

As we watched Chinese customers experience "harmony between humans and machines," we discovered two main challenges we must overcome.
One was how we could make the robot's intentions understandable to people. With robots or production equipment working on the factory floor, it is actually somewhat scary for human operators if they don't know what these machines are "thinking," or how they intend to behave. They will not be able to trust them or have a friendly relationship with them unless they understand what the machines are thinking. So we had to make the robot's thinking process visible to the human player.
The other challenge was how we could motivate people. By watching a human player having a rally with the robot, we noticed that those who were not skilled at table tennis did not really enjoy the experience. When we were giving thought to "harmony between humans and machines," it was clear from the beginning that people can never achieve their goals unless they are motivated. But actual observation of the rally made us realize this as a more realistic problem.
Then, someone had the idea of using the table tennis table as a display to show the position to which FORPHEUS will be hitting his shot next. This would make what FORPHEUS is thinking understandable, and even provide coaching support for a player with poor table tennis skills.
But a difficulty still remained in determining the type of display that could really help the player maintain a rally. Whether one is good at playing table tennis or not, all players watch the ball. After repeated experiments, we discovered that players almost never look at the table.
As such, we reached the conclusion that detailed information would not be necessary, and a simple, moving display would be easiest to see for the player.

The easily visible display resulted in another separate challenge. This involved improving accuracy by reducing the difference between the displayed position and the position the ball actually drops. Unless the robot returns the ball to the position exactly as simulated, the assist function would be useless. So, we faced another challenge of how we should change the control of the robot.
To meet this challenge, the point we focused on was the ball's rotation, which we hadn't paid much attention to before then. We developed a software program to determine the presence of ball rotation based on the change in the trajectory of the ball hit by the human player, then adjust the way to return the shot.

Technically, there are various ways to detect rotation. The OMRON vision sensor that is used to adjust the position of a product for processing employs visual feedback technology. We decided to adopt this technology for the robot. The technology uses the vision sensor to detect the ball at a speed of 80 frames per second, enabling it to predict the trajectory of the ball without rotation and compare it to the actual trajectory pattern. This makes the difference apparent, and based on this difference, the rotation of the ball can be calculated.

The goal of developing a machine capable of drawing out the ability and potential of people could not be achieved by refining the machine control technology alone. A technology for understanding people is necessary as well. To build a people-centered society in the future, machines will need to perceive what people are thinking. This huge challenge is only just beginning.