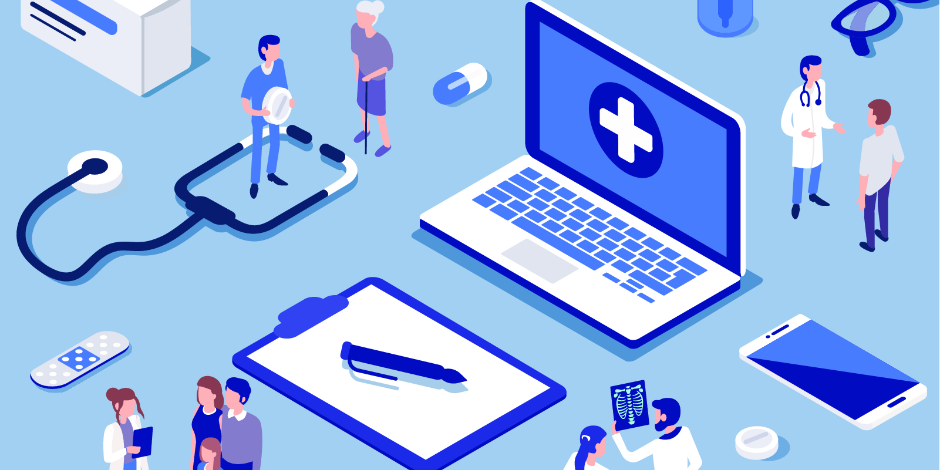 Good afternoon, readers. We have a special treat for you today--Bob Kocher and Bryan Roberts, longtime health care venture gurus at Venrock, are back to offer even more of their unique wisdom on what we might expect in the health care world come 2019. I hope you take the time to read Bob's and Bryan's insightful analysis. I'll be back with you tomorrow.

It is soothsaying time again. Our annual plunge into the choppy waters of predicting the future, amid increasing economic and political uncertainty. Ever gluttons for punishment, we are ready to make 10 new predictions for 2019. But first, we should look back on how we did predicting what happened in 2018...

In 2018, five of our 10 predictions came true and two more seem on-track to become true in 2019. We correctly predicted another Theranos with the implosion of Outcome Health. We were correct that Amazon would not disrupt PBMs, rather they launched their Atul Gawande led collaboration with JPMorgan and Berkshire Hathaway.

We missed on our predictions that hospitals would slow hiring. In 2018, hospitals added about 250,000 jobs and were able to keep raising prices to offset rising labor costs. We were overly optimistic that AI would make a big impact. While AI has lots of potential and may eventually warrant "Intel Inside" status, we are yet to see meaningful commercial traction, outside of it being included in every innovative product description. We were also wrong about big pharma getting bigger (but next year...). We remain hopeful that our predictions about CRISPR commoditizing, as demonstrated by China's gene editing of a baby in November, and the Affordable Care Act (ACA) being repaired, since we will soon have a Democratically controlled Congress that will no longer contemplate repeal, will both come true in 2019.

There is stiff competition from not only stalwart United Healthcare, who boasts much lower administrative costs and higher margins, but also the rejuvenated higher margin PBM-enabled versions of Aetna and Cigna. As a result, many smaller payers will struggle to retain national accounts as well as compete against pure plays in the Medicare Advantage and Medicaid markets making them use their strong balance sheets to become acquirers. We also think the growth of Medicaid, with several states electing to expand, and Medicare Advantage will also trigger M&A in order to enter these growing and more profitable market segments.

Medicare's Accountable Care Organization (ACO) 2.0 regulations strongly favor doctor-led ACOs over hospital-led ACOs. Doctors will quickly realize that they can earn much higher wages independent from hospitals. Moreover, access to capital, managed care contracts, and low-cost analytical tools will make it easier to doctors to gain the benefits of scale while retaining independence. We anticipate the fracturing of some large health system's employed groups, when the primary care doctors realize that they can do better if they break free. We also expect the performance gap between doctor-led ACOs versus hospital-led ACOs to become even more dramatic.

We believe health systems have heard the cries from doctors about terrible user experience and administrative burden of electronic health records. Since health systems cannot afford to replace doctors who make credible threats of retiring or resigning, they will make investments to improve morale. We are bullish that electronic health records will move doctor user experience up the product roadmap priority list and that innovations like voice interfaces and machine learning will help a great deal. Teams at Google and many start-ups are making large strides in building voice technology to reduce typing, electronic medical record clicking, and searching burdens for doctors. Interestingly, it may be easier to use voice for healthcare than for consumer applications since the vocabulary is smaller and context is far more predictable. Amazon's newly released tools to mine clinical data will help make these systems work better too.

Five years after being declared successful, forces will finally come together to lead breakthroughs on cross health system and platform interoperability. Electronic health record firms are coalescing around standards for exchanging data (HL7 FHIR) and CMS is expressing willingness to use regulatory power to drive adoption with the "patients over paperwork" initiative. States are pushing for connectivity as one tactic to address the opioid epidemic and to improve resiliency from (seemingly more frequent) natural disasters, necessitating the need to access data. At the local level, the prisoner's dilemma of health systems leveraging market power to impose three-week turnarounds and PDFs no longer makes sense when physicians on both sides of the transaction are increasingly trying to manage risk.

Growth equity will get tighter in 2019 for small companies that have not achieved product market fit. This will lead to a flurry of consolidation into platforms. Many new companies have been started over the last five years, and it is time to sort the true successes from the "just OKs". Compounding this trend is large employers going from being the early adopters, to more willing to rely on their health plan partners who have responded to the proliferation of point solutions by incorporating many of them into their standard benefit designs. This will be a rough transition for many early stage companies since payers have even longer sales cycles and higher standards for proving effectiveness than large employers.

6. InsureTech takes a lump or two

We think that we are near peak hype cycle for insurance technology. 2019 is likely to be a year of toe stubbing for many. Upcoding is one area of risk since it has proven to be the fastest way to make money in Medicare Advantage. Coding has led to a cat-and-mouse game of payers mining charts for uncoded diseases and CMS auditing them and nearly always finding errors and levying fines. Upcoding is so pervasive that CMS actually cuts Medicare Advantage reimbursement annually using a "coding intensity adjustment." Start-up payers that have enjoyed great fundraising success are likely to find the very complex operations and scaling required for their actual businesses much harder than investor PowerPoint pitch creation.

It is Norman Rockwell-esque that patients drive to brick-and-mortar dialysis centers three days a week and lay in a chair for three hours at a time. Just as Sears has been replaced by home delivery, dialysis centers will be supplanted too. It is far better for patients to have their blood cleansed daily and it is cheaper to have patients do it themselves daily at home. Sweden has embraced patient self-serve dialysis for years and it has proven to be both safer and more reliable than dialysis centers. As we move to risk-based payments, better and cheaper approaches to care will be embraced by doctors managing risk.

We think that 2019 will be the year that payers finally realize that it is far better to fully embrace and encourage telemedicine usage as opposed to burying it in their unengaging member portals and clunky mobile apps. Oscar compellingly reports that more than half of their members use telemedicine and rely on Oscar to route them to care, increasingly telemedicine. Kaiser will do more than half of all visits virtually. Health plans now have enough years of claims data to discover that telemedicine saves a bunch of money and makes members far happier than going to a doctor's office. Even Medicare is adding codes to reimburse telemedicine. As a result, we expect telemedicine usage to more than double in 2019, while making substantive inroads beyond flu & cold into areas such as chronic disease management.

While Trump's proclamations about lower drug prices have backfired, with drug companies raising prices even more aggressively, a byproduct of Executive branch rhetoric has been scrutiny over drugs getting marked up a bunch, after they leave the drug maker. Drugs are marked-up, on average, 40% by the distribution system. The current opacity about how money flows, leads to patients paying more for drugs and excessively large margins being captured by intermediaries. We expect next generation pharmacy supply ecosystem efforts to gain real traction in 2019.

DNA sequencing is a very large, and growing, opportunity. New applications, such as single cell genomics, have driven growth over the last 24 months. We believe that new sequencing platforms (or at least the specter of them) will enter the fray in 2019, leading to decreasing per Gb pricing (while still providing healthy margins) which will both open up additional applications and volume as well as erode Illumina's market dominance.

We look forward to seeing what happens and reporting back to you next year.

Bob Kocher and Bryan Roberts are both health care investors and partners at the venture capital firm Venrock.

There's too much at-home diabetes testing. A new study analyzing data from some 370,000 people finds that many Americans with well controlled diabetes symptoms don't regularly have to monitor their blood sugar at home. To be clear, this applies to patients who, say, don't have to take medication--but among this group, nearly half who do so (and often have to submit insurance claims in order to do the finger pricks) don't have to, according to the study authors. (Reuters)

Gilead is getting a new CEO. Gilead Sciences has picked up Roche executive Daniel O'Day to be its next CEO, ending a search that's been ongoing since the summer. O'Day will take over for John Milligan and control a biotech giant that's sitting on massive piles of cash; while at Roche, O'Day oversaw several successful drug launches and the pharmaceutical arm's purchase of Flatiron Health, a digital health and cancer-focused data upstart. (Wall Street Journal)

Why a Conservative Supreme Court Acted in Favor of Planned Parenthood, by Natasha Bach

The Average American Household Has $8,284 in Credit Card Debt, by Don Reisinger

Spotify Moves Its San Francisco HQ Due to Safety Concerns, by Brittany Shoot

The Highs (and Lows) of a Remarkable Year in Business, by Fortune Staff

Produced by Sy Mukherjee @the_sy_guy sayak.mukherjee@fortune.com
Find past coverage. Sign up for other Fortune newsletters.

This article was written by Sy Mukherjee from FORTUNE and was legally licensed through the NewsCred publisher network. Please direct all licensing questions to legal@newscred.com.

This can be a pivotal moment for global health

As a global action plan to achieve health for all is launched at the United Nations General Assembly, Alex Harris explores what this means for research and innovation. Despite some brilliant progress,...