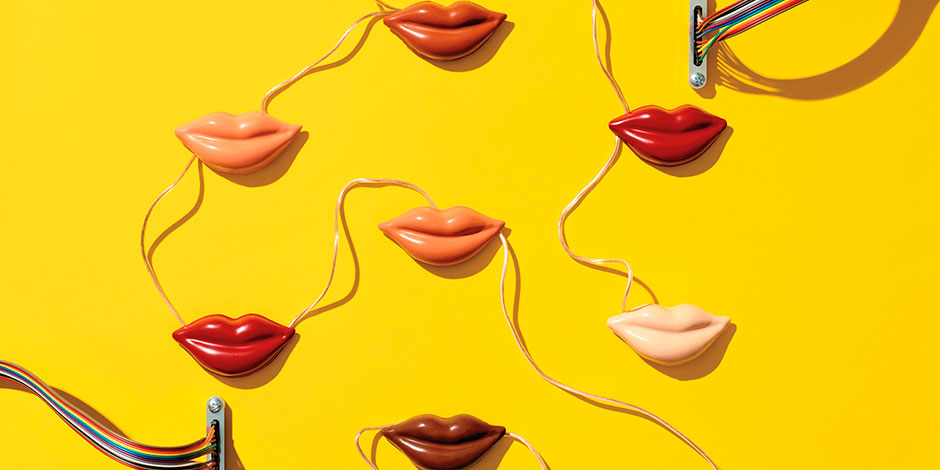 How AI Is Changing the Way You Work

Getting Us All To Speak The Same Language

EVER SINCE THE GOLDEN age of the original Doctor Who and Star Trek, science fiction has highlighted devices that can automatically translate languages so that humans can talk to aliens without needing to study far-out dialects. It turns out that companies here on Earth, like Google, are using artificial intelligence technologies to create devices that can translate conversations from one language to another. While Google's recently released Pixel Buds is a promising start, consider the ways businesses could use the technology when it works seamlessly. American executives could call up their Portuguese-speaking counterparts and brainstorm global partnerships on the fly. Businesses with international offices could more effectively communicate with employees, who could work in tandem with colleagues in other countries who don't speak the same language. Salespeople could scout for potential leads in new regions and make cold calls that could bring about their next game-changing deal. Although many companies have instituted an English only policy as a way to keep employees speaking the same lingo, on-the-fly translation technology lets non-U.S. employees speak their mother tongues and retain aspects of their cultures--a benefit in this era of globalization. --Jonathan Vanian

MOVE OVER, ALEXA. Voice control is cool--see our feature on the topic on page 112--but consulting Alexa, Siri, or Cortana can be awkward and disruptive in public. Enter AlterEgo--a noninvasive, wearable device created by MIT researchers that knows what you're going to say before you even open your mouth. The device can answer many queries within seconds, send private messages, and internally record streams of information to access at a later time--all without any observable external actions. AlterEgo doesn't really read minds, although it may sound that way. Instead, the device effortlessly facilitates private human machine communication by interpreting electrical impulses in the jaw that are triggered when words or phrases are internally vocalized. Although university-based researchers are still in the process of collecting data and training the system, AlterEgo might also eventually serve as a platform for communication between users in high-noise environments, such as the flight deck of an aircraft or a factory floor, as well as a mode of communication for those with speech impediments. And while AlterEgo could radically speed up the process of writing, planning, and communicating, for now, humans would still be the ones stuck actually reading all those emails. --Carson Kessler

Percentage of people who believed they had interacted with A.I., according to a study by Pegasystems. (Percentage who actually had: 84%.)

THE HIRING PROCESS IS fraught with challenges. Humans may be subtly or unconsciously swayed by a last name, a college, even the font size of a résumé. Now some companies are seeing if A.I. can help.

Applicants at Vodafone, Nielsen, and Unilever, for example, play a smartphone game designed by A.I. startup Pymetrics that measures cognitive and emotional traits with an algorithm designed to avoid racial, gender, or other bias. Unilever then asks top candidates selected by the software to record a video on HireVue, answering questions about how they would handle various situations encountered on the job. Another algorithm sifts the best candidates by reviewing not just what the individuals said but also how quickly they responded and what emotional cues they revealed in their facial expressions. Those candidates who pass the early tests are rewarded with regular job interviews with a live person.

Unilever says that since it instituted the system it's getting a higher rate of acceptances when it offers a job, and has increased applicant numbers across several diversity measures, including race, ethnicity, and socioeconomic status--and that it's drawing from a more diverse pool at three times as many colleges and universities. --Aaron Pressman

Percentage of people who want their voice assistants to help them be "funnier or more attractive," according to a study by Computerlove in the U.K.

JUDGMENT OF HUMAN behavior was once reserved for, well, humans. But increasingly, algorithms are the ones evaluating and drawing conclusions on our actions and even intentions. That's especially true in the workplace, where HR departments are turning to A.I. for more scalable (and hopefully, more reliable) insights into possible attrition risks, attributes of high performers, and what makes teams tick. Boston-based Humanyze is experimenting with smart ID badges that track how employees interact with each other throughout the day, enabling employers to look for patterns to figure out how work actually gets done.

Textio, a Seattle startup, uses A.I. to help companies craft the right recruiting ads (the "augmented writing platform" is particularly effective at surfacing language that will attract more diverse candidates). Big companies are getting in on H-less HR too: Intel is looking at using artificial intelligence to power a new internal tool that would match employees to other opportunities within the company, all in the name of retention.

These new capabilities could help companies attract and retain the talent they need (and cut down on on-boarding and recruiting costs by automating these processes). One possible downside? They also risk alienating the very people they claim to serve--employees might not like the increasingly intrusive workplace of tomorrow. --Michal Lev-Ram

A version of this article appears in the November 1, 2018 issue of Fortune as part of the article, '25 Ways A.I. Is Changing Business.'

This article was written by Fortune Staff from FORTUNE and was legally licensed through the NewsCred publisher network. Please direct all licensing questions to legal@newscred.com.