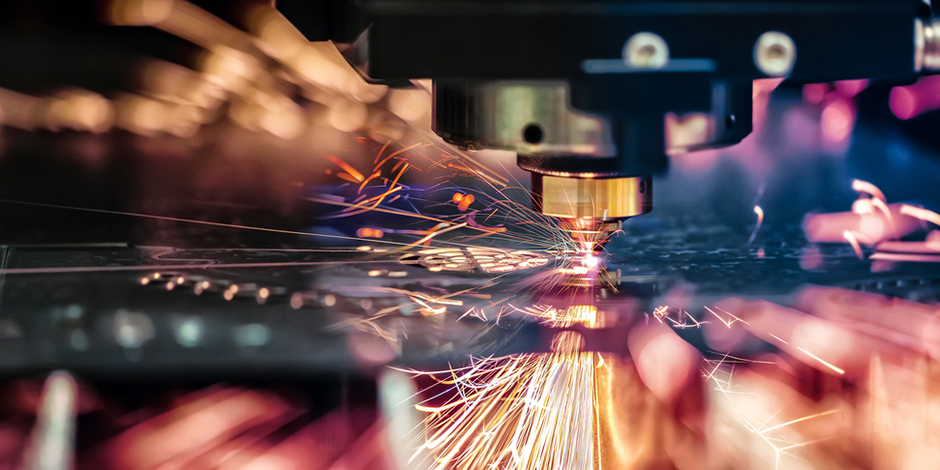 Revolutionizing the manufacturing scene with the visualization of master craftsmanship

OMRON takes on the challenge of turning die-making into IoT

Today, as the population ages and fewer children are born, securing a workforce and technical capabilities is a challenge faced across the entire manufacturing industry. The transfer of experts' skills, in particular, is a pressing issue that affects productivity and quality.

In these circumstances, OMRON has launched a project to turn the master craftsmanship that has been developed by craftsmen in the die-making division in its factory into IoT.

We interviewed with some members of the project, which could be termed as innovation in manufacturing.

OMRON has been undertaking various efforts to improve production efficiency by utilizing digital technology, such as design automation and 3D data utilization, as a result of advances in computer technology. Now, the company has launched a project for turning die-making into IoT at its Kusatsu Plant.

"The current manufacturing industry is faced with various issues and among them is the lack of skilled craftsmen. There existed many obstacles when resolving such issues with technology, so we determined to change the internal die-making division first," said Kazunori Takagi, a member of the die-making team.

A die is made by using a metal cutting machine called a machining center. The operation of this machine needed the skills, experience, and intuition that Yuji Yamazaki, a member of the team, obtained through his long years of experience. The purpose of the project was to transform manufacturing that relied on the individual skills of skilled craftsmen to smart manufacturing that utilizes digital technology.

Realization of quantifying cutting resistance by cooperation with the automation center

"The difficulty was how well we could quantify the cutting resistance generated when using a machining center," Takagi looked back on then.

"Initially we attempted to quantify the cutting resistance from the current change at the time of cutting, but we couldn't detect a minute change. Since, we repeated try and error with the engineers of the automation center which is control system engineer, We have reached the idea of applying the "the predictive monitoring system" developed by the automation center. By using the algorithm of converting vibration data to sound in this system, the way opened up," said Yamazaki together.

They defined the "good condition" and "bad condition" of the cutting from the sound acquired from converting vibration values based on Yamazaki's experience. In coordination with the automation center, they set optimum control conditions for each metal tool of many tools and molds so that the cutting speed in "good condition" is optimum.

"For one machining center, there are countless cutting tools to be mounted at the spindle. Also, as each product is different, we repeated a process of trial and error while confirming the data we obtained each time. However, what we were aiming at was not just to sense and quantify resistance values. We were trying to detect these values and control the cutting speed of the machining center through a programmable controller (PLC). We were confident that we could make the project succeed by combining sensing and control," said Katsuji Takeshita of the automation center the thought about this project.

Eventually, they were able to visualize cutting resistance and successfully controlled the machining center speed through the PLC based on the numeric values visualized. As a result, the cutting time was reduced by 40%, while the tool wear reduced by 20%, producing greater than expected results. This process has already been in operation for over a year, including the test period, without any problems. Now they can always do cutting work at the highest level regardless of the skills of the workers.

As a result of the die-making team and the automation center team's efforts, Yamazaki's "master craftsmanship" was able to be capitalized.

Co-creating with customers centering on IoT to resolve issues

"With IoT, we don't mean just to extract data. It becomes valuable only when data is used for control as was done in this project. It can be said that this initiative has been made possible because of OMRON which has a full lineup of control equipment, including PLCs," Takeshita continued.

OMRON has started to offer data utilization at manufacturing sites using IoT as demonstrated in the project as the "i-BELT" service to customers.

"i-BELT is an initiative in which we co-create with customers to extract and analyze data, obtain the optimum values, and reform manufacturing sites, by using IoT as the core. Since the situation at manufacturing sites develops daily, co-creation is not a one-time only process, and the important thing is that we continue to connect with customers to keep innovating ourselves."

This project for turning die-making into IoT is only an example, and i-BELT has the potential to convert all field data that has yet to be utilized into new value that can secure production and quality.