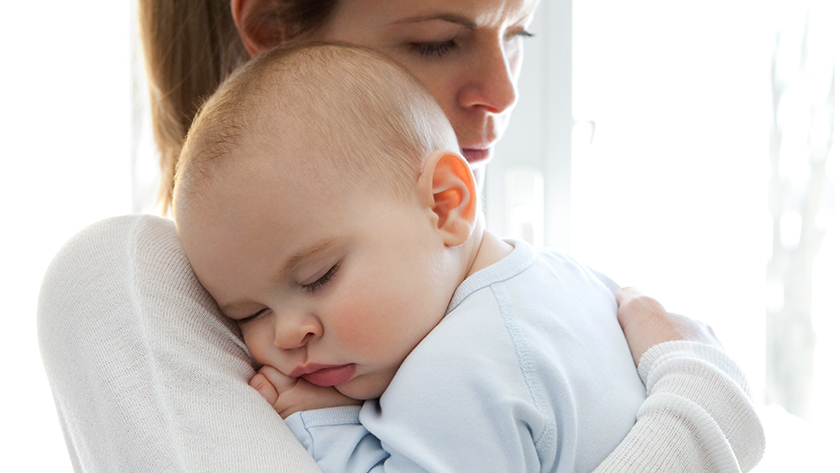 Have you ever had nights where your baby couldn't stop crying and didn't get enough rest? It could have been because your baby was hungry or needed comfort. Another reason is, unfortunately, one that parents know all too well - respiratory infections.

Respiratory infections are one of the most common illnesses affecting 53 million infants in Europe, the Middle East, and Africa as well as children around the world per year. This is because newborns are obligate nasal breathers, so they are unable to breathe through the nose during nasal congestion, and so crying becomes their only way to get enough oxygen. However, excessive crying has negative impacts not only on the baby's development, eating and sleeping patterns, but also the quality of life of the entire family - a devastating worldwide phenomenon.

In European countries such as Italy and Russia, for relief of nasal congestion, aspirators are used to remove nasal mucus, and nebulizers are used to moisten the throat to open up nasal passage. As babies are unable to blow their own nose, traditional nasal aspirators and nebulizers are commonly used in combination. However, neither infants nor parents shared relief as this treatment was inconvenient, unhygienic, expensive, and often ineffective.

But the engineers at OMRON hope to change all that with DuoBaby: the world's first patented 2-in-1 multi-airway nebulizer equipped with an innovative and unique nasal aspirator. 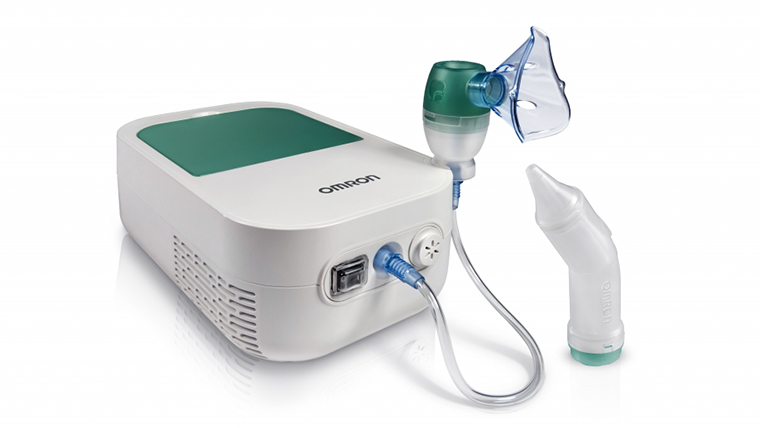 Inspiration and Open Innovation - The Beginning

"My first daughter often had problems with runny nose and blockage when she got sick," said Mrs Prada, "and I found myself frustrated with the traditional manual nasal aspirator because it was inconvenient to use and ineffective. I knew we, as experts in respiratory, had to do something about it." 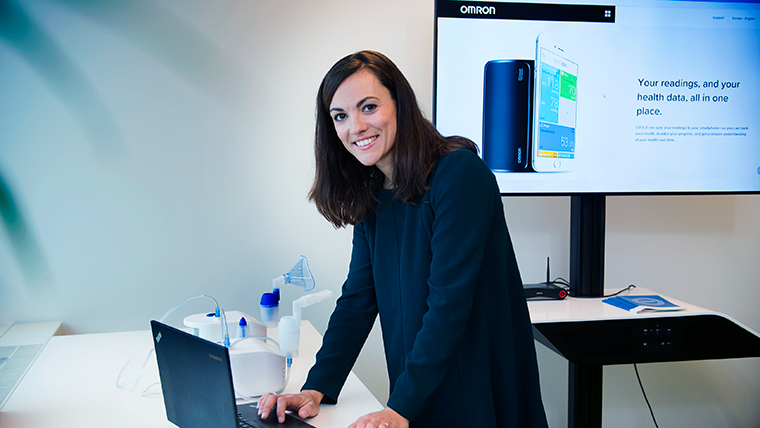 In starting the journey to tackle these issues, Mrs Prada travelled around Europe and personally interviewed mothers and doctors to gather data on the issue. Most parents complained that infants were suffering from poor quality of sleep due to crying all night from nasal congestion. This not only affected the infants but compromised the quality of life for the entire family. Majority of doctors claimed that these patients merely required practicing good nasal hygiene to avoid visits to the doctor's office, and most traditional nebulizers lacked the ability to treat nasal blockage.

Moreover, Prada's research suggested that the number one reason for parents visiting a pediatrician was respiratory infections due to "poor nasal hygiene", and that ineffective treatment of these often led to complications in the upper and/or lower respiratory system.

Treatment with traditional aspirators and nebulizers was unreliable. Mrs Prada's team knew that they had to provide a system which keeps the nose clean and medicates both upper and lower airways in order to prevent a plethora of illnesses. However, the bigger question was how to accomplish that. 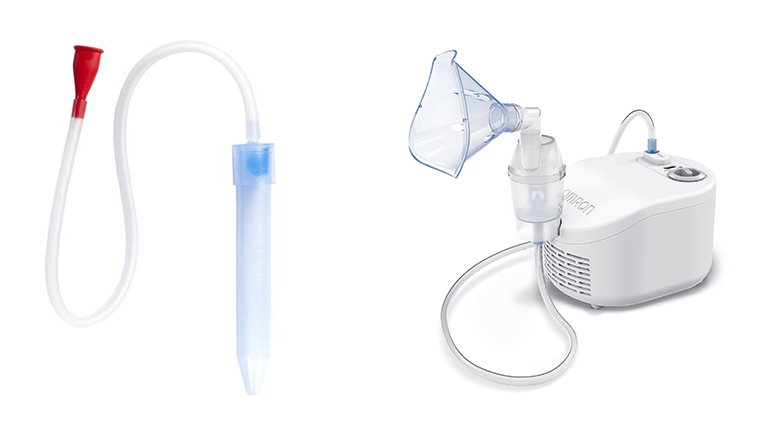 Technical Challenges and Breakthroughs - The Development

Mrs Prada and her team had the data on the problems and demands. However, lacking the internal resources for research and development in aspirators, they understood the importance of partnering with a company in order to develop, test, and produce the solution they were looking for. Having previously collaborated with the aerosol company 3A Health Care in launching the award-winning multi-airway nebulizer called A3 Complete, Mrs Prada knew that 3A would be the reliable partner that could help bring their ideas to the market. "We aspire to create products that help people lead a better life. We approached 3A because we didn't want to limit ourselves to only what we can do internally. Open innovation can turn ideas into reality."

However, despite securing the necessary resources to move forward with the project, Mrs Prada and her team still needed to overcome a variety of technical challenges in safety, hygiene, and effectiveness.

The initial goal was to develop a single device with the nebulizer and aspirator function, and the initial idea to achieve it was by using the same motor to create suction for the aspirator and pump air for the nebulizer. Basically, the same connection where the filtered air was entering the nebulizer would be used to connect the aspirator. Although the team tried a variety of designs, there was a risk that, when using the aspirator connected directly into the motor of the nebulizer, the incoming air from the aspirator could contaminate the device and out-flowing air. Thus the team had to go back to the drawing board and brainstorm for other possibilities.

During one such brainstorming session, the engineers came up with a simple yet ingenious idea of creating suction for the aspirator without drawing air into the device via an internal venturi system.

However, when this constricted segment has a hole in it, a new pressure is introduced: atmospheric pressure. This would entail that air would now get pulled into the segment, creating a suction effect, and thereafter be dispersed into the 15 degree widened tube. This is the principle behind nebulizers which essentially manipulate pressure to mix medicinal air from a tube and oxygen from the atmosphere - applied to the aspirator for DuoBaby for the purpose of removing nasal mucus.

An internal Venturi system would ensure that all dirt from the nose would end up in a collection chamber and the air from the aspirator would never come into contact with the nebulizer. As simple as that sounds, this innovative concept allowed the team to hit three birds with one stone - hygiene, effectiveness, and cost. When Mrs Prada shared this concept with doctors, they all agreed that the device would be effective in removing blockage as well as preventing further complications.

The only concern remaining was safety as the pressure from suction can pack a punch for a baby. Mrs Prada stated, "We had to make sure that the suction from the aspirator was going to be strong enough to remove the mucus yet gentle enough on the babies' delicate skin." Thankfully, the engineers achieved this through comparing and testing a variety of devices on artificial mucus with different levels of viscosity. Once all of the pieces were in place, the team performed clinical studies on DuoBaby, testing it even on themselves and their children.

"We initially didn't know how we were going to proceed." Mrs Prada commented, adding "Looking at the end-product, we are very proud of ourselves. " and understandably so, as she and her team were able to innovate a truly unique patented Venturi system. 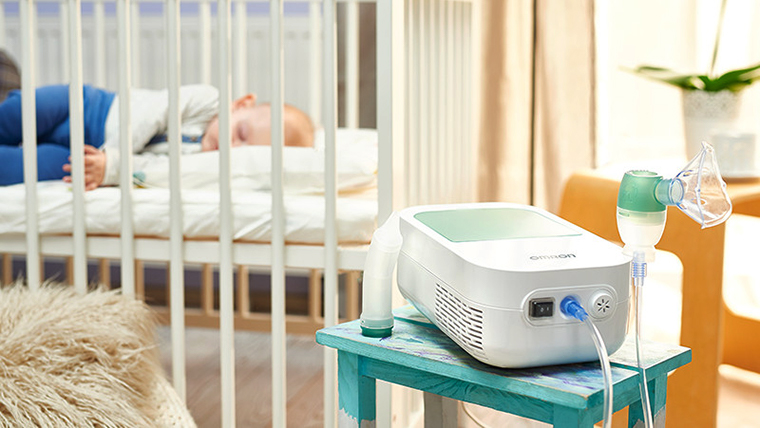 DuoBaby is a truly groundbreaking, practical, and unique 2-in-1 nebulizer and nasal aspirator that is clinically proven to alleviate congestion and reduce the risk of respiratory infections. Doctors approve it because it is hygienic and treats both upper and lower respiratory pathways. Parents love it because it's easy to use, hygienic, and effective. Moreover, it was tested close to home - on the inventors' own families and children, proving not only the usability and safety of the product, but also the inventors' commitment as parents themselves.

On ease of use, many parents said: "DuoBaby, is so much easier to use and hygienic than conventional aspirator. Before, the hardest thing was holding the child and keeping the tube in the baby's nose and the other end in my mouth. I didn't have enough hands to manage all of that. Now I can hold my child in one hand and use the aspirator with my other hand."

Other parents praised the effectiveness of the product: "With previous aspirators, I wasn't sure if it was properly aspirating. I know that DuoBaby actually works because I can see what was removed in the collection chamber and it is easy to clean."

Parents on a budget were also relieved, saying: "Conventional aspirators are quite expensive as disposable parts must be replaced every time the nose is cleaned. DuoBaby is great because I can use it as much as I want without being concerned about the cost."

DuoBaby is rapidly becoming a well received and admired product by pediatricians and parents alike. Sales are nearing a double since its launch in 2016.

Better quality of life for families and a safer world 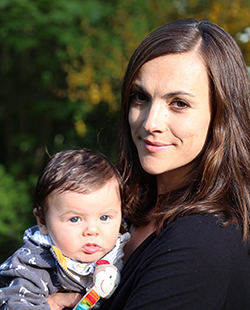 Many parents hope to bring health and happiness to their children and families. Mrs Prada was able to bring forth her experience as a mother and caring for her child, in creating a product that benefit and improve the quality of life for families and a safer world for families worldwide.

For Lucia Prada, the next steps always mean forging new partnerships and seeking new methods on the path to making the world a safer place. "Reaching out to people gives me insight on consumer needs and trends. Reaching out to other companies gives us the ability to exceed our limits and make things happen. We want babies and parents around the globe to experience the benefits of DuoBaby and improvements in their quality of life."