Building trust with "Made in China"

China used to be called "the world's factory" hosting a great number of labor intensive industries. Today, China is evolving into an innovation epicenter, creating new technologies including devices such as smartphones, drones, and electric vehicles.

Along with steady advances in consumer products, innovation is blooming in the manufacturing plants. Chinese manufacturers are now improving the quality and productivity in production to gain consumer trust.

Let's take a step back for a moment and look at what it takes to manufacture one of your favorite snacks, biscuits. You would be surprised to know that there are so many processes involved - mixing, molding, baking, cooling, and packing.

The challenges in food manufacturing include maintaining and improving profitability, reducing waste in materials and wrapping packages, expanding the product line, and quality control.

If we had to choose one process among all, the fully-automatic wrapping machine would take the highlight in automation technologies since it offers a significantly higher level of productivity and stability in quality than humans could provide.

In pursuit of the highest level of productivity, one of the largest food packaging machine manufacturer in China proposed an innovative production line to a food manufacturer that was wrapping the finished food manually.

The goal was to install a fully-automatic wrapping line with a robotic arm that would film wrap the products, grab the wrapped products, and box them for shipment.

This required an innovative technological development built from the ground up, so the food packaging machine manufacturer decided to seek solutions internally and externally.

While searching for solutions, the packaging machine manufacturer found OMRON, a company with the ability to develop wrapping machine controls and robot control technologies. The packaging machine manufacturer decided to partner with OMRON not only for its abilities but also for its experience and knowledge in every development stage of this revolutionary production line. They only had 7 months to complete everything from planning to delivery.

Clients all over the world face difficult manufacturing challenges and seek OMRON's automation technology solutions. OMRON carries a wide product line ranging from sensors to robots, and possesses the knowledge to combine them with control technologies. Its seven "automation center" bases around the globe allows OMRON to partner with clients to manufacture innovative products.

Client expectations were high, yet the OMRON team was dedicated to complete the daunting mission successfully.

The client and OMRON categorized the production line into 7 processes and identified problems in each, confirming a total of 25 challenges.
Cutting the film at a certain position during the wrapping process was the most critical element for the client. Inaccuracy would result in material waste and a huge reduction in profitability.

The goal was to achieve 99.8% accuracy, estimated to reduce cost by 20%. A sensor would detect marks on the film and the machine would cut the film at the center of the mark with a precision of 0.1mm at five times faster than before. The film would go through several cuts in a blink of an eye.
Hitoshi Mihara, who launched the automation center in China as a Japanese member and developed human resources in China reflected on the challenge, 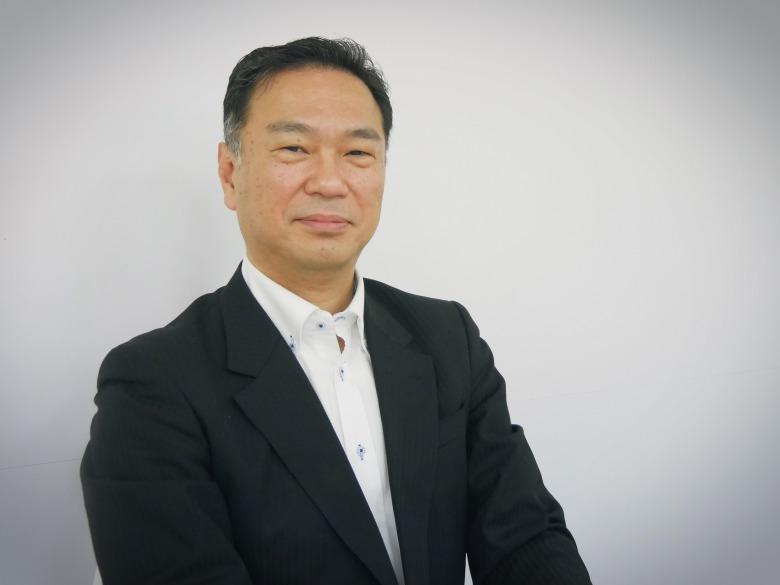 "A key process in this machine is the alignment precision of the transfer conveyor and the positioning of the wrapping film. The conveyor unit and the cutter are driven by motors which must be synchronized to achieve proper position alignment. OMRON's machine automation controller precisely aligns the position in as little as 0.5 milliseconds (5/10000 seconds).

However, the actual machine initially failed to achieve such precision because the cut position had shifted somehow. So we collected data of how the machine was operating and discovered that the motors were running as expected, yet the wrapping position was slightly off.

When examining the physical parts, we discovered a difference in the construction of parts used in the wrapping machine in China and other countries. This difference became the prime suspect in causing the inaccuracy. Then, we further examined the quality of over 200 finished products one at a time, and noticed a pattern that explained the variance in data.

We immediately reprogrammed the controller and the problem was finally solved. We achieved the targeted speed and precision. The client was happy and that made us happy too. "

Despite daunting challenges encountered in this project, the client and OMRON succeeded in installing a wrapping machine with 5 times the productivity and 99.8% precision on finished products in just half a year, a goal that could not be achieved by a university laboratory in China in a two year span. 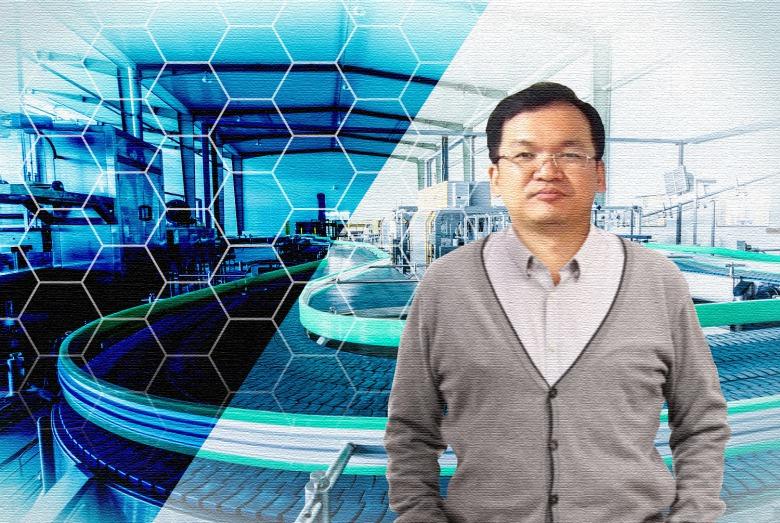 Andy Yuan at the China base led the joint technological development project in collaboration with the client. He mentioned after finishing the shipment of the machine, "Actually, some members of the customer company were uncertain about the project before it started. But they began to trust us when we solved their challenges one after another, and cooperated with us. Eventually the number of project members grew to 38, including the client, its affiliates, and OMRON.

It would generally take at least a year to solve so many challenges, but since many members collaborated on this development, we were able to finish it in just half a year. Making a project management table to share the progress among members was also an essential part in managing the project.

Technologically, cutting the film at the mark was the most difficult challenge to solve. Day after day we tried different ideas and failed. Though we repeatedly failed, we had confidence in OMRON's technologies. We were making progress every day and knew that we could solve the problem by applying our technology to the Chinese wrapping machine.

In the end, we were able to meet the client's expectations, and they were happy about the results. But what matters most is that we were able to take a big step in providing food to consumers in China with high quality and safety. We are proud to have solved yet another social issue through our business."

The next technological development to bring new innovation has already started - to support the increasing number of product types with one facility for as long as possible.

Consumers want diversity and changes in trend, and also demands that the food industry keeps expanding their product lines. Increasing product types based on consumer preferences and trends require modifications to production lines, thus making it difficult to satisfy rapidly changing consumer needs. The development to the next stage is under way - the ability to pick and pack any type of product in boxes by utilizing robots.

China has now become an innovation epicenter for the world to generate cutting-edge technologies in production engineering. OMRON will be there to support clients around the world and continue to put its creed into action: "Enrich people's lives by manufacturing innovation through automation"