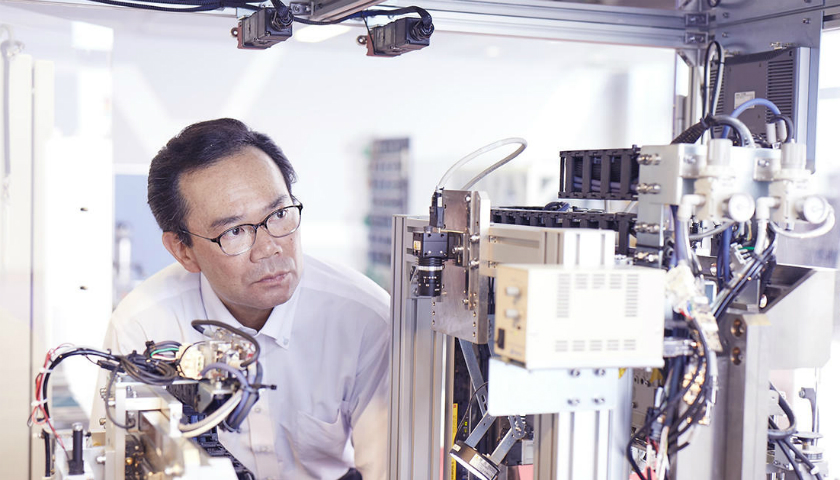 What does it take to merge AI and Manufacturing?

kira Nakajima is an information-science specialist at OMRON.

He is the person who brings worldwide cutting edge information and communications technology (ICT) and artificial intelligence (AI) to OMRON's products.

Joining the company in 1987, he became involved with development on Unix workstations and real-time operating systems (RTOS) such as ITRON1, learning the skills needed to insert open architectures into ATMs and automatic turnstiles. He's tackled challenges in a wide variety of fields, including building an intelligent system that lets board inspection devices automatically memorize what functional boards look like and spot defects on the manufacturing floor.

Finding a way to merge AI with manufacturing is Nakajima's next challenge.

"If we can take the knowledge and intuition of a well-versed technician and instill it all in a machine--having a machine that tells you before a part on it breaks, self-detects if it is in danger of creating defective products or improves its operations to avoid making bad parts--that'll make it easier for people working in the manufacturing environment."

Technicians with knowledge and skills honed over many years can use their experience and prediction skills to prevent trouble before it happens.

Is it possible to teach that kind of technical proficiency to a machine? That's the question at the starting point of Nakajima's quest to change manufacturing through technology. 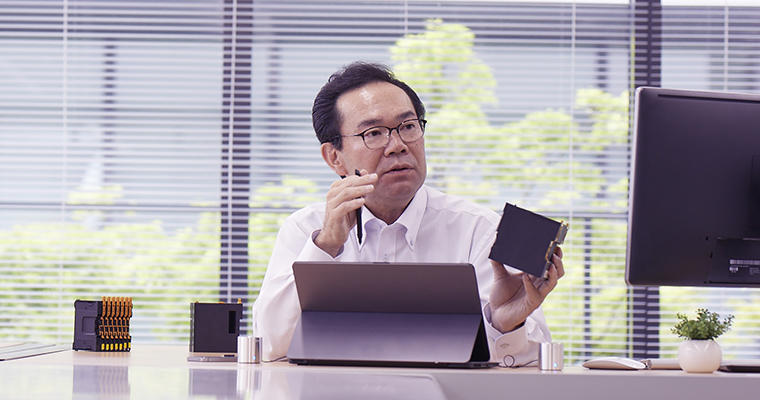 "When you talk to manufacturing people on the floor in foreign countries in particular," Nakajima said as he explained the needs of on-site factory workers, "you hear the term 'expert-free maintenance' a lot. If some kind of problem occurs on the floor, you often can't deal with it unless you have a 10-year veteran with lots of expertise. That's why people want machines that can easily be taken care of by anyone working on the floor if something happens. Not addressing the issue can lead to lots of defective products, after all, and, in the worst-case scenario, it'll throw a bottleneck into the production process."

"The issue of reducing product defects and waste on the manufacturing floor is being addressed more in recent years due to concerns about resources and the environment. There are things like zero-waste regulations for food production plants in Europe, and some companies won't take machines that don't offer predictive maintenance and tell you if something has broken down." 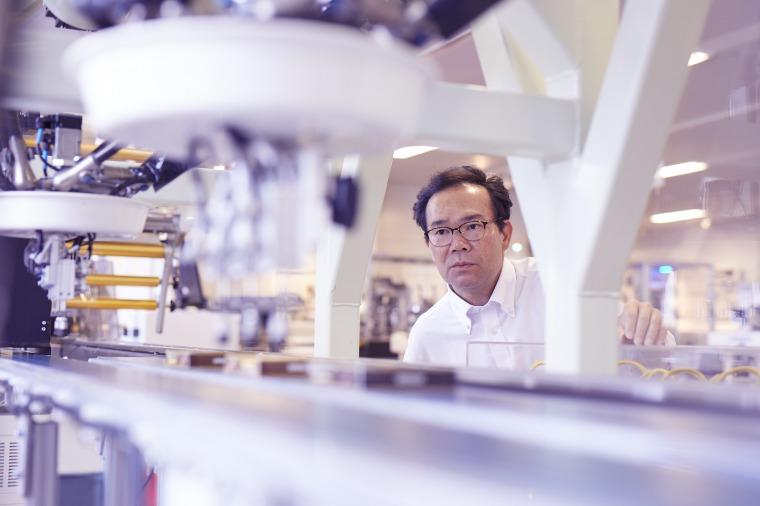 To tackle this issue, Nakajima turned to edge computing. The idea was to install a machine-learning engine into the factory floor's edge devices -- the controllers that oversee the machines. This would let the machines monitor their statuses in real time and detect if something is wrong.

Nakajima compared the concept to the way the brain works :

"If we think of big-data mining on the cloud and machine learning as 'cerebral AI,' then small-data machine learning on the floor is more of a 'spinal reflex AI.' You can monitor lines and devices in real time with IoT-ready sensors, collecting data at high speed. This lets you extract particular abnormalities, create a chronological database, use machine learning to monitor devices and perform instant feedback. The resulting response times are ten to a hundred times better than doing the same thing on the cloud. It's really a kind of reflexive AI, like a person instinctively moving out of harm's way if he detects something dangerous or abnormal." 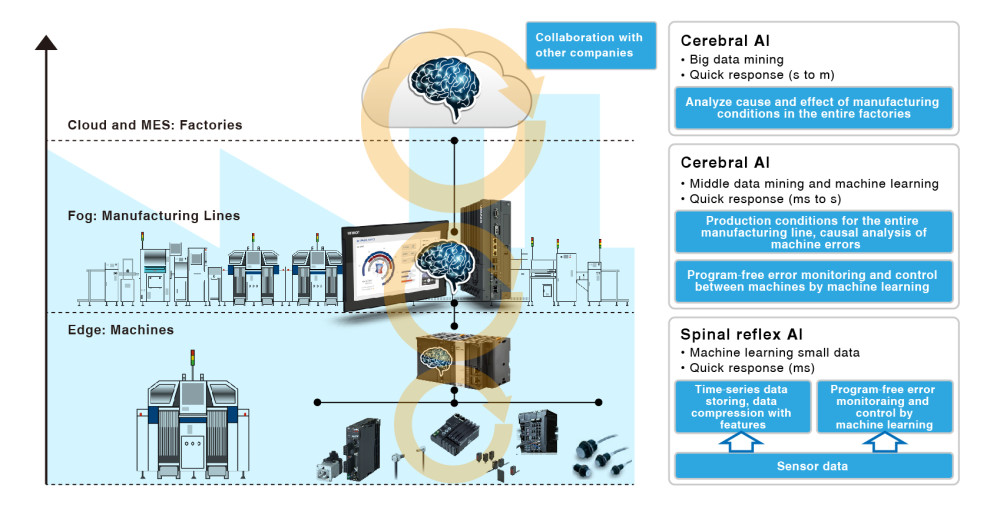 Nakajima is developing an AI that can ask a human on the factory floor to check on something if it appears to be running incorrectly.

"Any factory floor needs an algorithm where people can understand why the machine made the choice it did without having to navigate a vast amount of testing and data." he said. "Defects and problems don't naturally occur all that often, so if people don't know why the machine thinks something is wrong with it, they won't be able to guarantee product quality. What we're trying to do is use data from normal, non-failure states and install an algorithm into the controllers that can recognize if something is wrong with the machine." 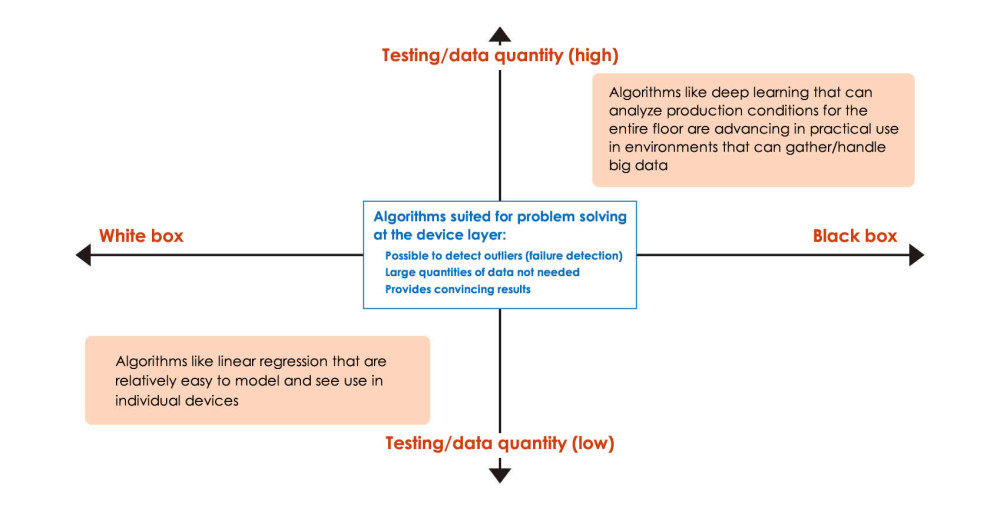 The future: Manufacturing is merged with AI. But what comes next? 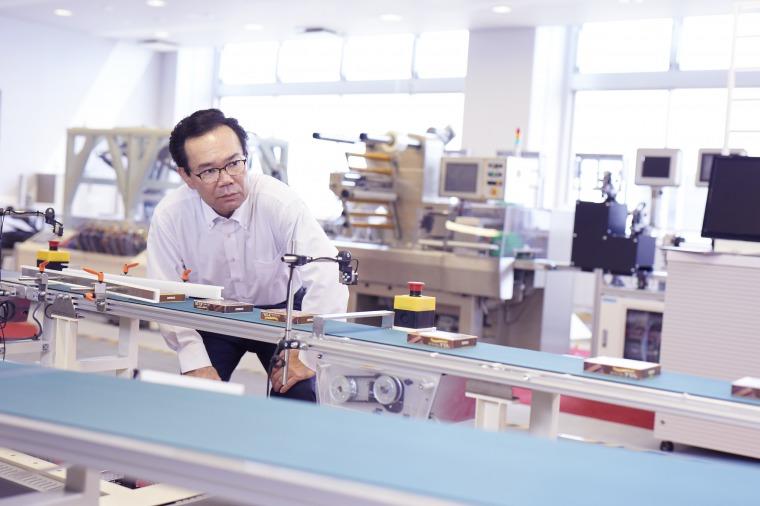 Putting AI functionality in controllers requires more than just AI tech. It has to involve machine automation technology, open-architecture technology and an understanding of factory-floor needs. The AI cannot be allowed to impact machine control and open the line up to delays.

"To detect incorrect behavior in a machine," Nakajima said, "you need a system that collects, analyzes and provides feedback for all control data in real time, between a thousandth and a hundred-thousandth of a second. To do that, we're making our chronological database and machine-learning engine quicker and leaner as we merge it with control functionality. This is something that's made possible by the wide lineup that OMRON offers, from controllers based on open architectures to the sensors and the servo motors that work the machines."

Even a well-seasoned technician can make errors sometimes. Some people on the factory floor note how much easier it is to make mistakes when the situation differs from the norm -- you're handling a device for the first time, or the first time in a while, or the local conditions have changed. If a machine can learn knowledge from a qualified technician, it will be able to solve issues that are difficult for people to handle.

"Being wrong is the result of a change in conditions in the so-called '4M' on the floor -- man, machine, material or method. There can be millions of factors behind this, and it may not happen at all for years on end, so it's not a problem you can solve with just a single controller. Long-term preventative maintenance can be cloud-based, while shorter, instant maintenance can be based on the edge devices. Exactly how this will be balanced out is something I'd like to research further going forward."

Nakajima's sights are focused on the future that lies beyond this challenge. If a machine can learn a technician's expert knowledge, people will be able to work more easily. It will let those technicians focus their skills more on creating further new innovations. Thus Nakajima's quest to change manufacturing through technology continues, in the hopes of creating new value for companies.

"Preventative maintenance is the first goal of AI-equipped machine automation controllers," he said, "but in the end, we're aiming for manufacturing where control itself is handled via AI. The machines and the factory itself will get smarter and create wonderful things. Then people can challenge themselves to more creative endeavors. That's the kind of future I hope we can build."