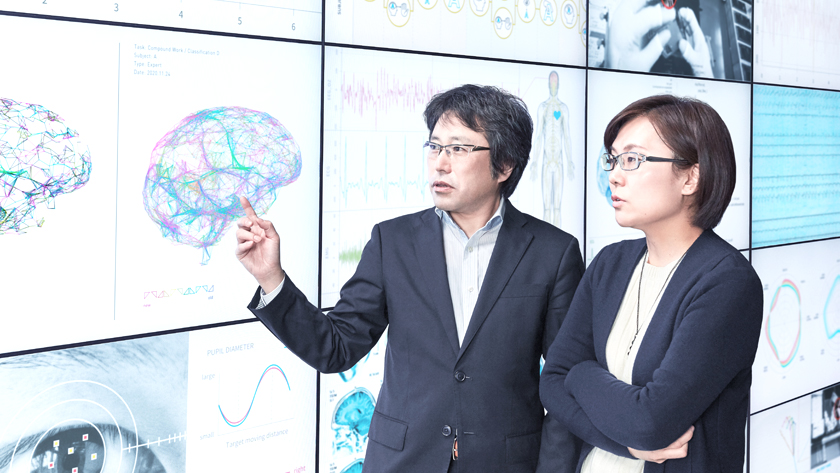 Exploring What It Means to be Human: Crossing AI and Neurology

The role of machines in creating an enjoyable workplace

Imagine a factory with an ideally optimized human and machine environment. What would it be like? Machines would definitely not be dominating the factory, nor would humans simply be using machines. OMRON envisions machines assisting humans in getting the job done - maximizing human potential to increase productivity. And to fulfill this vision of "harmony between humans and machines", OMRON is combining neurology and AI as well as the core technology developed throughout the years, leading the way into a new research frontier in the human sense of independence, awareness, and emotion.

Further understanding the human body and emotion with data

The fact is, every person is different - skill level such as ability and experience; physical traits such as height, weight, and manual dexterity; work ethics, motivation, and concentration levels. Asides from individual differences, changes in the performance of each individual also comes into play depending on their physical condition and time of day. That is why OMRON is focusing on "understanding people" first - to allow machines to accommodate the dynamics of human beings.

Dr. Hiroshi Nakajima is currently exploring and leading the integration of AI and human dynamics. Having been involved in AI software development since he was a student, Nakajima joined OMRON and has led a variety of projects as the software development and data processing specialist - from speech interaction systems to healthcare solutions such as visceral fat monitors. Although the end products seem unrelated in nature, they share the same common denominator: understanding people through data and numbers.

"In our current research on integrating people and machines, what we are attempting to do is develop a deeper understanding of people - the human body and emotion. In other words, our research is to find out what it truly means to be human." - Nakajima 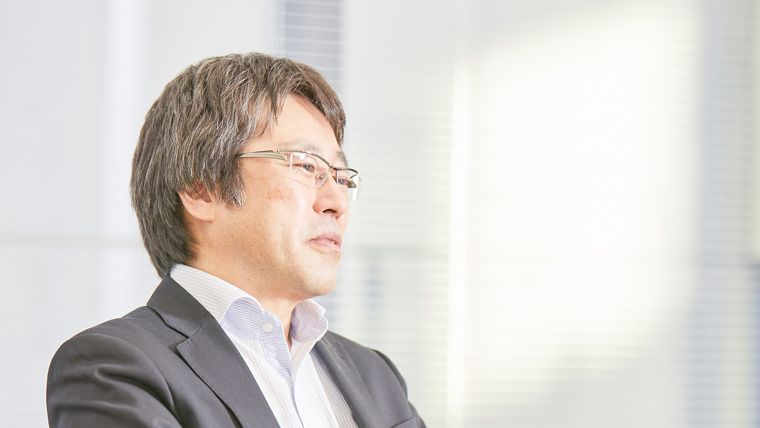 More specifically, OMRON is trying to gain a deeper understanding of individuals through the physical and mental state of factory workers. In order to make that happen, there is a need to collect a vast amount of viable data such as the workers' eye movement, hand motion, and work flow, as well as their brain activity, respiration, and heart activity. In other words, the more research information that is accumulated and analyzed, the better value and further potential to be realized. 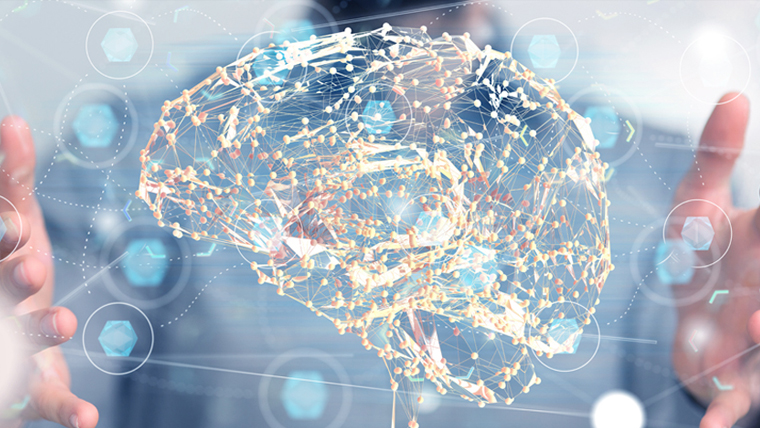 Doctor of science, Yasuyo Kotake mentioned, "The ultimate goal of technology is to bring happiness in people's lives". As a student, Dr. Kotake studied neuroengineering and has worked on "understanding people" from the image sensing perspective. She joined OMRON out of passion in pursuing harmony between people and machines, and currently leads this project in collaboration with Dr. Nakajima. 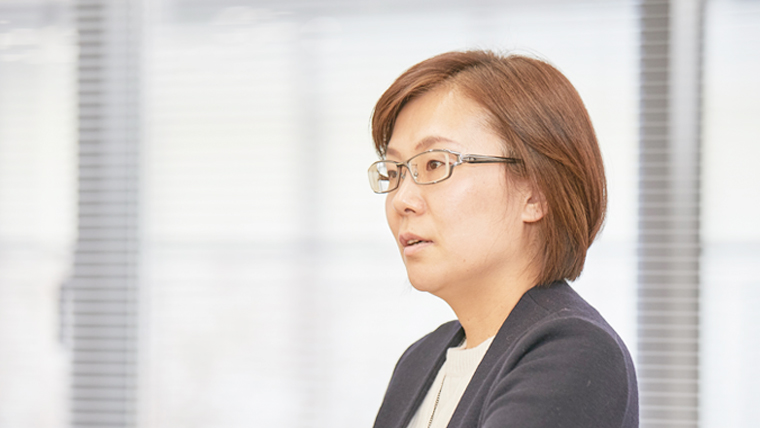 "There are many types of factory workers. Machine-assisted areas would depend on the individual. For example, machines can assist workers lacking in experience and strength. Experienced workers usually do not require assistance from machines. However, it would be ideal if machines can assist people in cases where their physical condition or concentration levels are less than optimal. Rather than enforcing a diverse workforce to take up a single work style or pace, machines can provide necessary support to allow individuals to work within their comfort zone." - Kotake

Taking into account the physical differences such as the dominant arm, eye, and optimal placement of tools and equipment for each individual, Nakajima and Kotake's ultimate goal is to create machine-assisted factories where each individual can unleash their creativity, work comfortably, and improve their skills and efficiency. 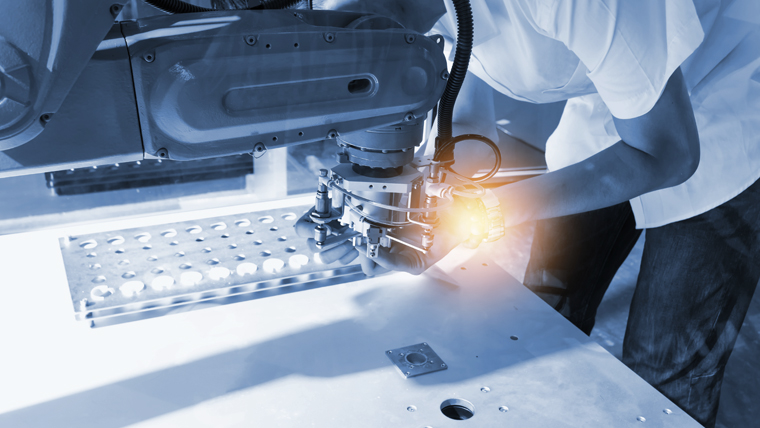 Challenges of "obtaining quality data in a stress-free environment"

Overcoming this challenge is not an easy task. Nakajima and Kotake stated, "The human body and emotion constantly goes through subtle changes. That is why it is so difficult to holistically understand people."

For research and testing purposes OMRON has partially installed fully operational assembly lines to insert and engage DIP connectors at the Kusatsu plant. There, seasoned OMRON engineers as well as untrained individuals who believe in OMRON's vision and research (in resolving social issues) are recruited as volunteers to test the assembly line as a complete beginner.

In the beginning, the team encountered a number of difficulties in gathering data. Physical differences such as the length of the individual's eyelash would cause problems when tracking eye movement. Measuring heart activity was a challenge for individuals with lower BMI. The paste used to position dry electrodes increases electrical conductivity making it easier to measure brain waves, but the process burdened the test subject since it was difficult to remove. It was also troublesome to measure respiration since the equipment had to be wrapped around the subject's chest, and often got in the way.

The most important thing in the experiment is to minimize the burden on the subject. If the sensor equipment is too bulky, the workers are not able to work as they always do, thus altering brain activity. Therefore, replicating a natural and stress-free working environment becomes crucial in maximizing data quality. Ultimately, data is collected through trial and error - a tradeoff between data accuracy and stress on the test subject.

Increasing productivity: novice to veteran in the shortest time possible 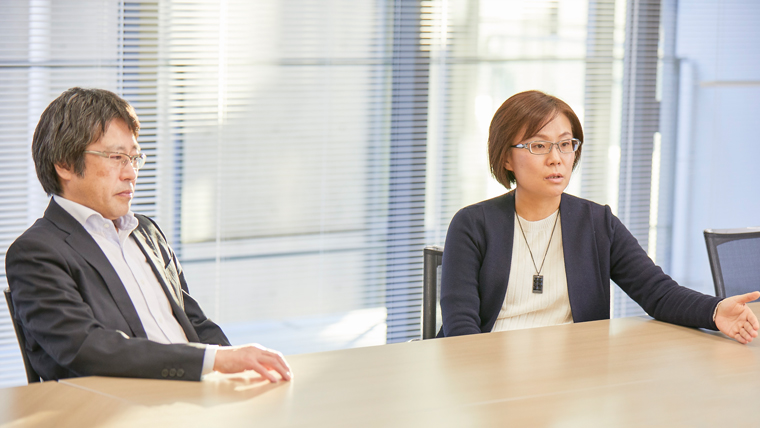 When and how will the research results be presented? To this question, Nakajima stated, "We want to see results as soon as possible. In order to do so, we have to be able to quantify the experience of the workers.

Once the workers' experience is quantified, the factory chief will be able to see the changes and improvements in the worker's experience and skill. The correlation between training and results will become more visible, thus making it possible to develop new skills based on realistic goals and production forecasts. In addition, it will be possible to indicate each worker's strengths and weaknesses, allowing managers to formulate production plans with assembly personnel assigned in optimal positions.

However, this is only the first step. The long-term goal is to have machines support people. Nakajima stated, "We are striving to create a factory environment where machines support the people in getting the job done. We don't want it to be the other way around where machines tell people what to do. The sense of achievement is what makes people happy, and we want people to be happy with their jobs. So, our ultimate goal is to create a production line where the people can take charge." 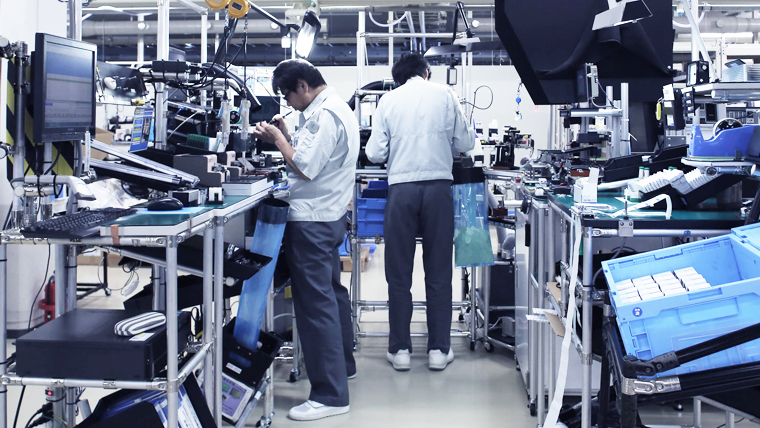 However, there are also concerns - In the future, do we need experienced factory workers if the machines can support those lacking skill and handle everything? Nakajima responded, "This concern may hold true in a pure line manufacturing system but that is not the case in a low volume, high-mix cell manufacturing system. In a cell system, we need to optimize product assembly according to the person's physical traits, experience, and motion. Yes, there are fixed procedures but each person moves differently. In other words, the job requires quick decision making and improvisation, and allows workers to utilize their skills and creativity. Machines will support people."

Kotake added, "Despite the ever-continuing evolution of AI, machines will never be able to completely understand human emotion nor possess it. People remember and forget, but flaws create flexibility and drive imagination. Machines can multi-task and perform accurate calculations. So, our goal is to combine and balance the strengths of machines and humans. 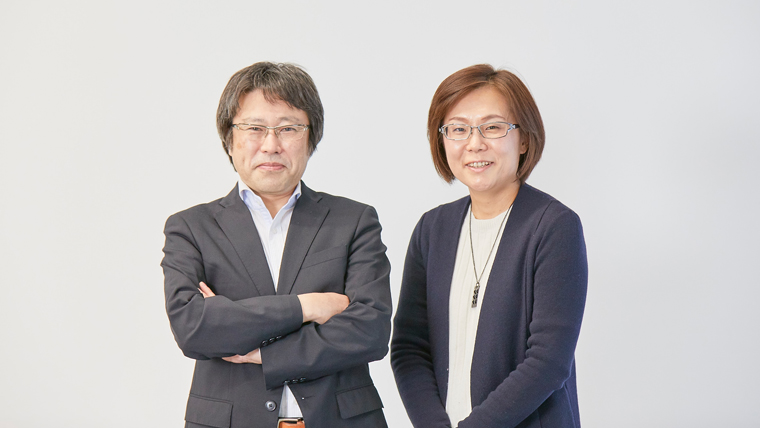 "Novice to veteran in the shortest time possible" is the key concept in a factory with optimal machine-human harmony - an environment where anybody can acquire the ability to produce like a seasoned veteran with the help of machines. Kotake stated, "This is something we want to achieve as soon as possible, also as a mean to prevent labor shortage." The workforce is shrinking and job openings are increasing. It will be difficult to grow without increasing the productivity of such limited human resource. Both Nakajima and Kotake stated, "We are determined to create technologies that will significantly change manufacturing."

OMRON dreams of a factory where work is enjoyable - an environment where robots and AI assist each and every factory worker unleash their creativity and improve one's skill.