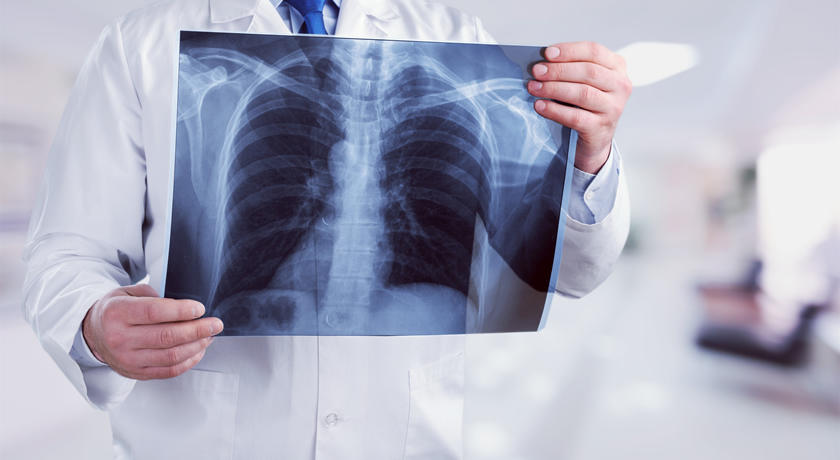 Improving on the job safety for radiologists

Working across borders to create a new wireless control system

Medical technology was forever transformed when, in 1895, Wilhelm Röntgen discovered X-rays. Since his discovery, X-ray machines and CT scanners have become an indispensable diagnostic tool in the medical field, used to look inside a patient's body without harming them. X-rays, however, represent a radiation hazard and various safety measures must be observed in their use. The party most at risk of exposure to these hazards are the technicians who operate X-ray machines and CT scanners on a daily basis.

OMRON's electronic components business has been focusing on the problem of excessive radiation exposure for radiologists. We will soon be in a position to spread our mission goal of "rescuing radiologists" across the world.

A novel idea, cutting cables and moving to wireless activation

Due to the gradual aging of society, certain age-related diseases have become more prevalent.
A push for early detection and treatment has caused medical institutions to improve their imaging facilities and this has led to an increase in the number of radiologists. Despite these increases there has been little work done on reducing exposure risk in these environments. According to the Herald Economic Newspaper (February 16, 2016), despite the radiation doses of technicians being 2.8 times higher than doctors, countermeasures against exposure are still far from adequate.

Through onsite interviews with hospital staff and X-ray equipment manufacturers, OMRON's marketing team came to the conclusion that one of the most promising paths to solving this issue lay in switching over to wireless activation for mobile imaging systems. At present there are two primary types of X-ray imaging systems, fixed type and mobile type. As the name suggests, fixed type systems are mounted to the ceiling of a shielded room. An operator can control a fixed type X-ray machine from a position of relative safety outside the shielded room. Moveable type machines however have no shielding for the operator. Due to the locations in which mobile imaging systems are used, usually in the cramped space of an operating theater, and the size of the machine, the movement of the operator is restricted. Adding to the issue is the use of cable attached control systems which mean the technician must be beside the device when it is operated due to the relatively short cables. "We began this project with the intention of solving the exposure problem with the technology we possess" said Mr. Kawamura, a manager from the marketing department.

People in the field were suggesting that increasing the length of the control cable was the solution to reducing the risk of exposure for the operator.

Ms. Kobashi, of OMRON's marketing department, who carried out onsite surveys of technicians said, "If we had lengthened the cable then the weight would have increased to the point where it was unusable. To get the technicians to a safe distance would have required an unfeasibly long cable so we decided to look into alternative solutions. Eventually we settled on the idea of swapping over to a wireless control system." With no cable there would be no risk of disconnection and free, safe operation becomes possible. Integrating OMRON's switch technology with our wireless offerings would make it possible to operate a mobile X-ray imaging system from a safe distance, reducing exposure. When the marketing department invited the sales team onto the project this idea grew into a conviction.

Based on the need identified by the marketing department, a new challenge began, proposing the new wireless activation technology to manufacturers and clients around the world, including in Japan.

Mr. Kim, who was in charge of sales, first proposed the new system to major X-ray equipment manufactures. Early on in the process however he encountered resistance.
"Wireless switches cost more than the conventional wired types. In the medical field, as in most industries, there are constant pressures to keep costs down. Even if our proposed solution made the job of radiologists safer, if it was more expensive than the current solutions then there was little interest. At the start it was difficult even to get meetings with the manufacturers to discuss our idea." Kim decided to take a different approach, targeting a new player planning to enter the market.
"We figured that a new player in the market would want to differentiate their product from the current offerings so we proposed our technology to them as an added value option which their competitors didn't have." This idea successfully landed a meeting with said company.

Targeting "reduction of anxiety over radiation exposure" as a unique selling point, we took a step towards commercializing the idea through a strategic partnership with our customers. However, the process didn't end there, commencement of the prototyping phase led to a lot of trial and error.

In order to respond rapidly to various issues and requests from the customers, Kim and the development & production members worked on strategies for improving communications. To minimize misunderstandings due to language differences, illustrations and diagrams were used extensively. For matters related to technology, technical staff visited clients onsite as often as once a month to make sure the nuances of requests were not missed. Product specifications were decided onsite while talking directly with the customer's engineers.

Even after the product had been introduced the team continued their efforts.
For the medical industry, sales volume is strongly linked to reliability, so we thoroughly investigated all issues our customers faced. When there was an issue, we made sure we had one of our staff onsite as soon as possible to assist the client and made sure members of the development team were always available for consultation to improve trust.
The constant attention to detail and prompt problem solving led to a great increase in reliability of the product and helped with the steady gain in high evaluations received.

"It wasn't just us facing the challenge, our customers were under pressure too. The biggest factor leading to success was that teams took the initiative to respond quickly to customer-originated ideas across international and cultural borders. I think the customers really recognized the value of having OMRON as a partner." Said Kim positively on the feedback received

The first step on the road to global expansion.

"If we can manage to get our idea adopted by a manufacturer with a large global market share, we can make a big contribution to the growth of the business in the medical market and, above all, we can reduce the risk to radiologists around the world from unnecessary exposure to X-rays. Using the success we have had so far as a stepping stone, I want to develop new customers around the world," Kim said with passion.

On the teams next goal, Ms. Kobashi of the marketing team added, "I want to solve the various problems customers around the world are having by growing our market share in Japan, Europe and the US where X-ray imaging technology is most advanced."

Future goals.
In addition to making OMRON's solution the global standard for wireless operated X-ray systems, we plan to apply the technology to a wide variety of other fields. OMRON will continue to contribute to the creation of a safer, more secure society for people all over the world. 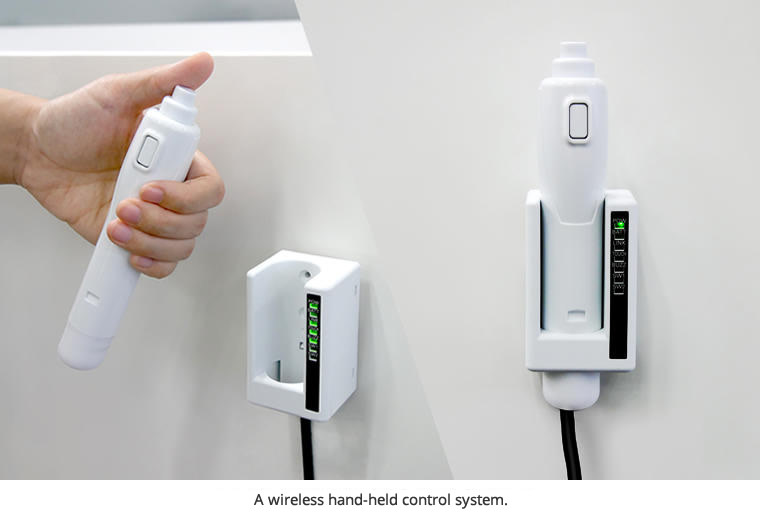